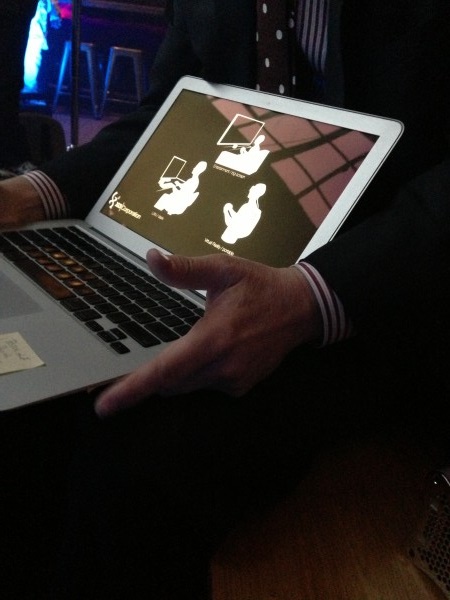 There will be three different modes for the console: Desktop, living room, and “virtual reality”. It was not said what exactly “virtual reality” was, but it seems promising and is being shown as a portable option for the X13.  You will also be able to play games from every platform of all time according to the following statement by our source:

“He said that they used to be roms/emulators, but declined to say how exactly they were packaging them now, but it doesn’t sound like emulation. Said they were playing some of the oldest games at the office. Would not mention titles, mentioned working with developers.”

There will also be content pre-loaded on the Piston which will include free games and other content including free to play games. There was no explicit mention of any titles.

During the Q&A there was no explanation on how the Piston or the OUYA were going to do “virtual reality”, but the people working on the Piston liked what the OUYA was doing. On the topic of the Piston being a “Steam Box” the representative said they consider any 32 or 64 bit computer a “Steam Box”. Their biggest hurdle is that a lot of people don’t even know the Piston exists, because most of their focus has been on business. The Piston was designed for the best components with the least amount of heat generation, and they believed that AMD was the best option because of their combined chips.

Take a look at the photos below.

Steam Box Is Still A Thing