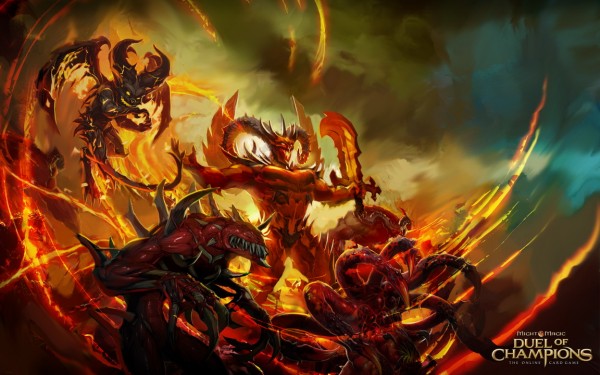 I recently spoke with Producer  Stephane Jankowski and Game Designer Jared Pearson of the Might and Magic: Duel of Champions team at Ubisoft Quebec, in this audio interview. Duel of Champions (still in Beta phase) is a PC Free to Play card game that is also available to play on iPAD in some countries. If you’re up for the adventure you can visit the official website, www.duelofchampions.com. All the in depth details about the game can be found in the audio interview below.

Another person I got to meet at the Ubisoft office was Andree-Anne Boisvert, who was working on a facebook game for Toys R’ Us called “Toys R Us Towers”, which initially seemed okay but as Andree-Anne explained the game I was interested in find out more about it. Usually facebook games give you not much real world value, but “Toys R Us Towers” actually rewards you with coupons to use on real merchandise at any Toys R’ Us store. In my personal opinion, I find this to be beyond ideal for killing time on facebook.

I also got to look around and check out the office and take some photos (check out image gallery below) but not too many because at the time the hard working developers and staff were working on the Assassin’s Creed III DLC, however I was not given any information on it.

From Dust releasing on PlayStation 3 September 14th and 27th