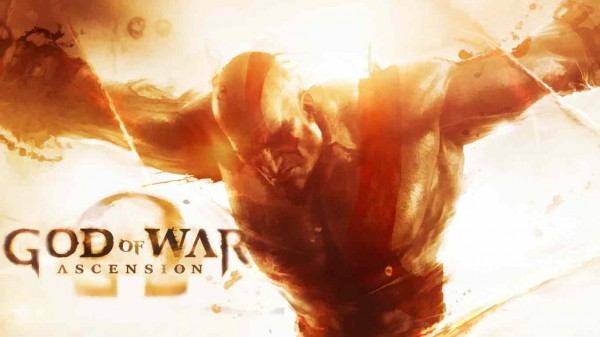 Recently there has been a great deal of controversy surrounding God of War: Ascension due to a particular allegedly sexist trophy titled ‘Bros Before Hoes’. The trophy is gained after defeating a main antagonist who just so happens to be female.

The trophy gained a large deal of criticism when Rev3’s Adam Sessler reviewed the game and egregiously made a point that the trophy and by extension the entire game was misogynistic based simply on the fact that you fight and defeat a female character to gain a trophy that refers to said female as a ‘hoe’. The controversy train went wild from there, highlighting once again the industry’s obsession with finding sexism and taking offense out of anything.

As a side note it is strange that Adam Sessler of all people claims God of War: Ascension to be ripe with misogyny when he himself referred to Athena as ‘menstrual’ in his God of War 2 review for X-Play.

The saddest part of this story though is the fact that Sony Santa Monica have buckled under the controversy and have announced a patch to rename the trophy ‘Bros Before Foes’. This is quite simply ridiculous and with this whole situation, it really proves that no matter how small, no matter how painfully insignificant something is, in the gaming industry there is always going to be someone to be offended by it. It is really just sad that all this controversy stems from three words that only appear on screen for a matter of seconds.

Unfortunately this is just a smaller symptom of an industry gone sour. Instead of focusing on REAL issues that this industry is facing such as consumers being screwed with DRM, game’s that are essentially utter crock being sold for full retail price (Aliens: Colonial Marines and SimCity I’m looking at you), online passes, some companies expecting to become joint f**king owner of your bank account and a slew of other REAL issues, we are arguing over the apparent misogynistic qualities of three words that appear for essentially three seconds in a game. Where did we go wrong?

Did we all screw up when we gave Anita Sarkeesian 160,000 dollars to make Youtube videos about Super Mario being a sexist game? Or maybe we screwed up when we let people like Leigh Alexander campaign to ‘objectify’ men in the tech industry? Maybe we screwed up when we all posted our #1reasonwhy tweets. Did we ever stop for a second and think to ourselves that maybe the problem isn’t that the gaming industry IS sexist, maybe the problem is that the IDEA that it is sexist has gone too far?

I’m not saying that sexist individuals don’t exist in the industry, but I sure as hell know that this has gotten beyond a joke now. Did anyone ever stop to think that maybe if we just opened our eyes we wouldn’t be so damn blinded by the idea that this is an industry of misogyny and discrimintion? When we have people flat-out just looking to be offended, looking for another thing to accuse of being sexist, we know we have lost the plot.

It all comes back to three words appearing for three seconds. It does beg the question, if a game like Bayonetta featured an achievement titled ‘Hoes Before Bros’ that is unlocked after beating a male antagonist, would anyone be offended? No they wouldn’t because there is an intense double-standard in this industry. In the eyes of many in the industry it is only sexist if men do it and quite frankly that is rubbish.

I could argue all day about the double-standard in the industry, but it would get me nowhere. The problem isn’t that the industry is sexist. The problem is that some people in this industry can’t view each other as people before a gender. Look at the sad state the ‘almighty’ gaming industry is in. Three words appearing for three seconds makes the news for being supposedly sexist. I don’t know about you, but there is really only one way to even describe that; it is utter bullshit.