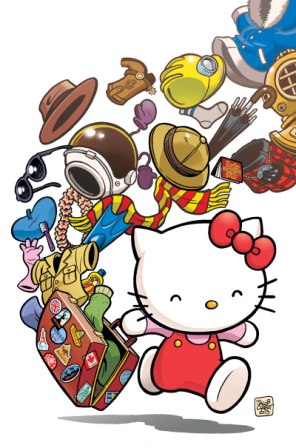 Viz Media have teamed up with Sanrio to publish an entertaining cutesy thrill ride of a manga based upon the globally popular Hello Kitty franchise.

What do you think of this amazing collaboration of immense proportions between Viz Media and Sanrio to release two original Hello Kitty manga throughout North America? Let us know what you think of this monumental news in the comments section below.