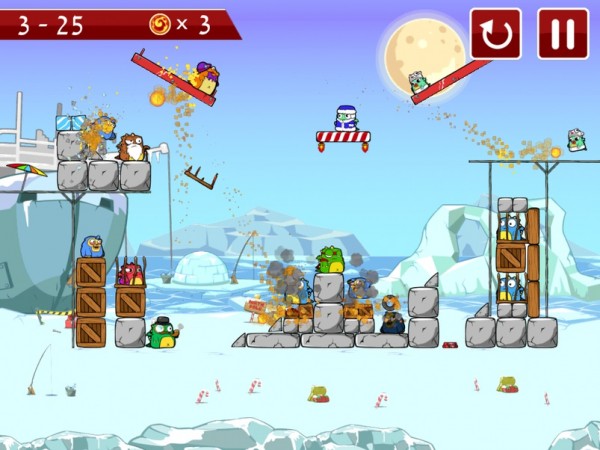 Chillingo’s new game Up in Flames will be released to the iTunes App Store this Thursday, February 28th. The game stars Baff the Dragon on his kid friendly adventure to rescue his friends from wolves, sharks, and yetis. Baff has access to a variety of tools like springs, boulders, and explosives to help him on his fiery quest. The game features 75 levels and a variety of environments like tall mountains and warm beaches. Players will have to think strategically to earn a three star rating by completing the level with one shot.

Up in Flames is a universal app. No word on pricing. Find out more at the official site here.