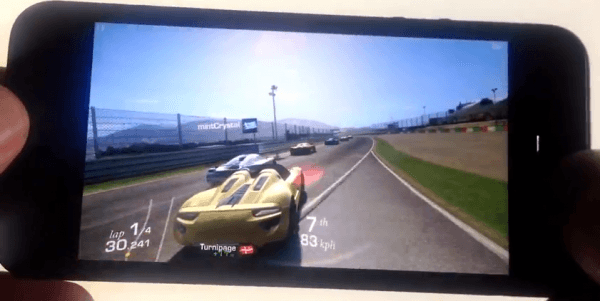 EA Mobile studio Firemonkeys released the latest development diary for Real Racing 3 onto YouTube today. The video features Community Manager Sam Mayo and Programmer Ptolemy Oberin get on camera to talk about the new Time Shifted Multiplayer feature in Real Racing 3. The mode allows players to race against each other whether they are online or not. The mode is a twist on the traditional ghost racing as the other drivers in Time Shifted Multiplayer behave like real drivers. All the times are collected on Game Center and Facebook allowing players to compete with friends and strangers from around the world.

Real Racing 3 will be released in February 2013 for iPhone, iPad, and iPod Touch. Check out more about the game here.

EA Releases More Info about Madden NFL on the 3DS…

Get Your Wolf On With The Sims 3 Supernatural