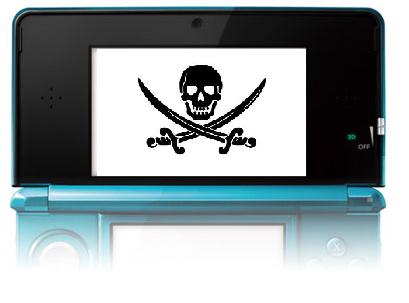 Renegade Kid have delivered a lot of love to the eShop for the 3DS in 2012, with the likes of Mutant Mudds, Planet Crashers, and Bomb Monkey all making a splash on the service. What could possibly stop the developer’s upward trend on the service? Well, the answer is piracy. In a recent blog post, founder Jools Watsham spoke about the subject, and how it could put an end to the developer’s support for the system.

Here is a brief snippet of the blog:

If piracy gets bad on the 3DS, we will have no choice but to stop supporting the platform with new games. Some say that piracy leads to more game sales, claiming that it enables players to try before they buy. Bullshit. The percentage of people who will spend money on a game that they already got for free is surely very small – especially with so many “free” games already in the market. The line between what should/should not be free is getting very blurry.

I know this is a controversial subject, but Mr. Watsham makes a good point. A lot of DS, Wii, and now even 3DS owners make the argument of creating homebrew with hacking, which leads to some amazing things. However, you can’t have good without the bad, and piracy is made possible with the same hacking exploits.

When you download games through illegal means, it isn’t Nintendo that suffer. It’s the little guys, like Renegade Kid, WayForward, and all of those small-time devs that can’t afford the means for a widespread release. Purchasing Mutant Mudds will ensure that Renegade Kid will be able to keep producing sequels and other great titles to the service – and that goes for every single publisher out there, big or small. 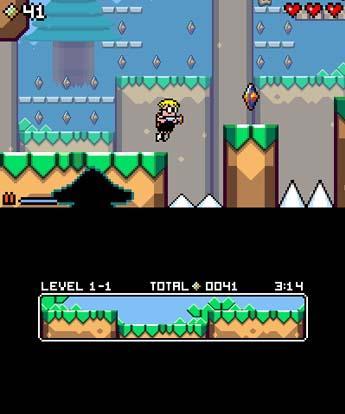 I know this might sound a bit arrogant to that crowd that love their homebrew, but if your unit gets bricked, you got what you deserved. Sure, you just wanted to play Super Mario Bros. 3 or Donkey Kong Country on the 3DS that you paid money for, but those same exploits are being used to create rom dumps of games that a dedicated team worked hard on for months or even years at a time.

I really get tired of the “taboo” that the subject of piracy holds. If you download it and it was not obtained through legal means, you are now slapping each developer in the face, as you STOLE their creation and by doing that, you are silently informing them that their hard work is not worth your time. I don’t care if it’s a bad game, or from some greedy publisher like EA. Stealing is stealing, and those who are willing to pirate the 3DS version of The Sims are just as likely to go out and grab a rom for Code of Princess or Virtue’s Last Reward – both of which are produced by companies that print games in low numbers.

Before the comment section gets flooded with excuses for the subject, I think everyone should follow some smaller developers on Twitter. Watch them revel in excitement as their game comes out, and actively thank anybody who has feedback. They are living their dreams and trying to create pieces of entertainment that we all can enjoy, and exploits and rom dumps from cheap, plastic software (known to many as the R4) are hurting that.

I’ll leave this topic with yet another excerpt from Jools Watsham’s blog, as it needs to be read by anybody who are still archaically defending the subject of piracy:

If these hackers really want to mess with the guts of a 3DS, why not become legit developers for it and let the world enjoy their talents? Many of today’s great programmers used to be hackers back in the day. It is a great way to learn the craft. Putting ones efforts towards the creation of legit games instead of potentially crippling the market seems like a much more fulfilling path.