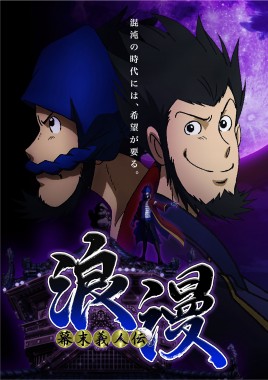 Monkey Punch has made a name for himself with his legendary thief manga series Lupin the 3rd, however instead of another Lupin anime series, we will be treated to another anime adaptation of one of his works, this time it is of Phantom Thief Roman.

Phantom Thief Roman is best explained as Lupin the 3rd meets Bakumatsu era Japan. The titular thief calls himself Roman despite his real name being Manjiro, he bares a striking resemblance to Lupin with the addition of a beard. All in all it looks like a roaring good time, the kind of fun that only Monkey Punch knows how to create.

You can check out the trailer for Phantom Thief Roman below. Be sure to let us know what you think in the comments section.