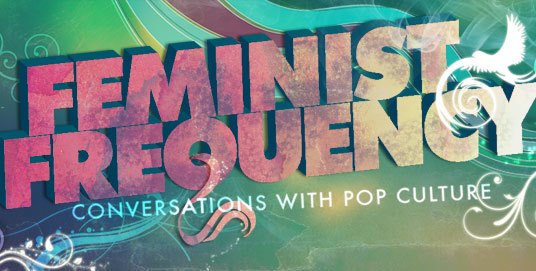 This is an opinion piece and does not reflect the views of Capsule Computers, just my own. When Feminist Frequency first started her kickstarter, I really believed in her. I wanted the vision she showed us to come true. I stayed silent through most of the criticism she got, thinking it was just an average reaction to such things. I even stayed silent after she didn’t release videos for her kickstarter after her promised released date. Note: I have been assured by people who have donated to her kickstarter that she does update them on the status of the videos.  She wants to keep those updates private and I will respect that. That does not mean that there is no progress on the videos, this is not an article to entice harassment in any way. Harassment is wrong no matter what the circumstance is or who it is directed at.

However as I have followed her over the months, I have begun to feel that she brings up inflammatory comments and points without a follow up. I am starting to feel that rather than trying to bring up real issues and change, she brings up controversy in order to get more coverage. That isn’t what feminism is, that isn’t what feminist and women gamers want, from my perspective.

I thought the videos were going to calmly point out the overlooked parts of video games that rub women the wrong way when they play the games. Bring up the facts and interpretations from a women’s point of view without trying to start a flame war about it. Bring up how a lot of things from a woman’s perspective are overlooked in video games, and how sometimes video games can be alienating in otherwise solid titles. You have to be careful with how you criticize games, because gamers are extremely defensive for good reasons seeing as video games are often a scapegoat for larger issues. This is not what I am getting from Feminist Frequency.

I have not gotten any new videos, and what I’ve gotten instead is more and more controversy. At first I really did think it was an over reaction to her desire to make these videos about sexism, and to a point it was. Lots of people legitimately did over react and send her extremely inappropriate comments and messages. And for that, the gaming community needs to held accountable for and learn from. But now I read the things she comments on, and it isn’t constructive in my opinion. The things she has been saying have not been bringing up discussion and the spread of ideas, but rather arguments and hate. She either does not do enough research into a topic, or does not put enough effort into bringing up support for her statements. If you want people to take your point that a certain thing is sexist seriously, you have to say why you think that in deep detail so that other people can actually have the chance to understand where you are coming from. 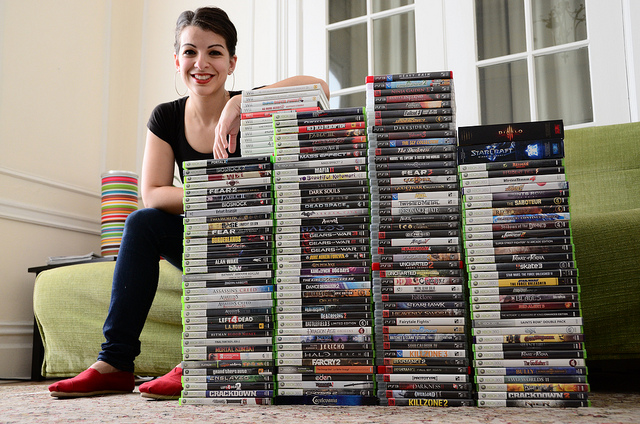 Honestly the more I have seen of her previous work, the more disillusioned I am with her. Her analysis of Sucker Punch has an inflammatory title, and concentrates on how sexist the movie was. I know this woman is smart, and she completely missed that Sucker Punch was actually a movie of satire towards the typical fanboy movie. She ignores the many metaphors and mirrors of the audience in the movie, and goes straight to how terrible to women the movie is. That is the point, the movie was a commentary on exactly all those things and she missed all of it in favor of making a controversial review video. She makes broad blanket statements that entice people to a reaction, rather than thought out points that bring people to understanding. She covers a lot of topics in the media, but sometimes it is clear to me that her knowledge of it is superficial or new. I feel as if she is selling out feminism and creating straw feminists for the rest of us to battle.

When I talk about Sucker Punch or video games in general, I want to talk about my opinions about it. I don’t want people jumping down my throat with things she has said and not followed up on. That is much the fault of people assuming I’m a shape shifting lizard creature that represents the collective all “feminists”, as it is hers for making controversial statements for the sake of controversy. I am not feminist Frequency and she does not speak for me. I want to talk about real topics in gender issues in media without people assuming what my opinion is because Feminist Frequency said something about Dr. Who and refrigerators.

To wrap things up, she has been discussing the reaction to her project of making her series on women in video games rather than making the actual videos. Her doing interviews and discussions on that subject is important for the community to realize it’s own dark underbelly. But so long as she does not do what she set out to do, her arguments are not going to be taken seriously by the people she is trying to reach.  Her entire career is now centered on reacting to the reaction of her actions. I don’t want that, that isn’t what the gaming community needs. What the gaming community needs in terms of feminist gamers and communicating real ideas and discussion, is for there to be action. The continuation of analyzing the reaction to her project is diminishing the validity and credibility of her real ideas on the project itself.  Her TED talks and interviews with other media outlets are not addressing the gaming community; she is talking to people outside the gaming community. These people have nothing to do with gaming, they only know superficially what the issues are. She needs to be addressing us, the gamers. I don’t want to be arguing with people over the points she brings up half way when I try to bring up sexism in gaming. I want her to finish her project so I don’t have to be left to fight the straw feminists she leaves in her wake.

Get Flirty and Dirty playing games