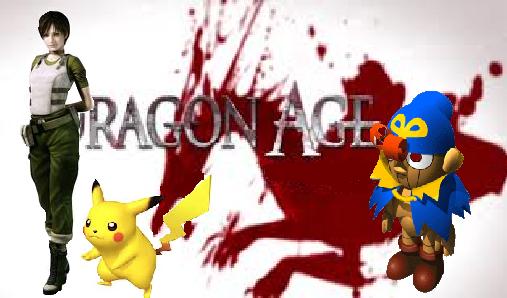 The Wii U has been out for over a month now, and I have had the opportunity to put a good number of the releases through their paces (you can check out our reviews for Wii U titles here). Super Mario Bros. U, Zombi U, and Nintendo Land are all excellent starts for the system, but if Nintendo wants to continue to have momentum behind their new console, they need to start announcing something big – as the release line-up for the next few months is quite limited. I’m not just talking about Call of Duty “big” either, I am talking about games that would send fans into a ruckus, lighting up discussions and hype as a release date would draw closer.

Honestly – aside from Pikmin 3, it will probably be E3 2013 before we find out what Iwata and company have in store for the console’s future, but I am an impatient man, and have took it upon myself to make out a little list of 5 titles that could be deemed system sellers and capture more attention for Nintendo’s new platform as we head into the year.

What are these dream titles? Join us as we take you through 5 special projects that are certain to be system sellers if they ever come to be.

Pokemon Stadium 3
Yes, Pokemon. No other game can move a console as fast as the franchise that took portables to the next level. When I was younger, not having the original Pokemon Stadium, a transfer pack, and the obligatory squad of legendaries would get you shunned quickly in the elementary school community for Red and Blue. Sure, we know the games were and still are great, but there is nothing like seeing your team in full 3D, the team that you raised, battling it out on a big (or even small) television. 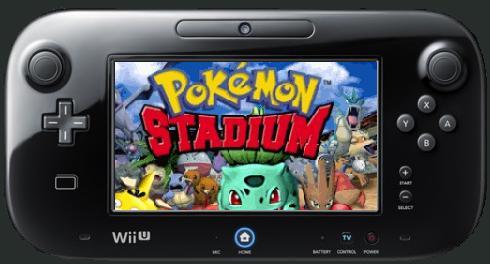 Why Pokemon Stadium 3? To be honest, Colosseum was nice, but never felt quite like the experience you got within the Stadium series. Battle Revolution was workable as well for a 3D battler, but again – did not have the tools needed to give the player a proper dose of interactivity with the creatures that most spent up to 100 hours raising. Stadium let you take your Pokemon into mini-games against friends, battle trainers for prizes that you could take into the main game, and actually play the games themselves using the transfer pack. The latter could easily be performed on the Gamepad, and just think how awesome a Gamepad version of Eager Eevee would be. I don’t want to sound greedy, but Nintendo would also need to make sure that all Pokemon (yes, even the newly announced X/Y species) would be included as rent-able Pokemon, so everyone could get involved – even if they didn’t have the main line of games. 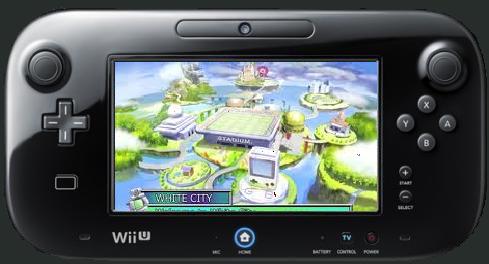 The best part of all of this is the profit Nintendo themselves could make. Imagine the Gym Leader Tower making a return. Now, think about extra DLC that allows you to go through older leaders and famous trainers, with new prizes at stake. I certainly wouldn’t mind shelling out a few extra bones for more battles, and the possibility of extra mini-games and options that could be added in later would keep the game interesting as it ages. It’s all a dream for now, but with full DS/3DS support (Gen 4-present), online, and minor bonuses, Pokemon Stadium 3 could be a blockbuster hit, making all of the cartridge owners feel the need to invest in a Wii U.

Resident Evil 0: Part 2
That title is terrible…I know. Resident Evil 0 in my opinion was not. In fact, the Gamecube (and later Wii Port) gave hardcore Resident Evil fans a reason to buy a Nintendo platform, while adding to the lore that is the main franchise. Rebecca Chambers hasn’t been seen in the Resident Evil universe since the Chronicles titles, and what better way to use the unused characters than a new Nintendo exclusive. 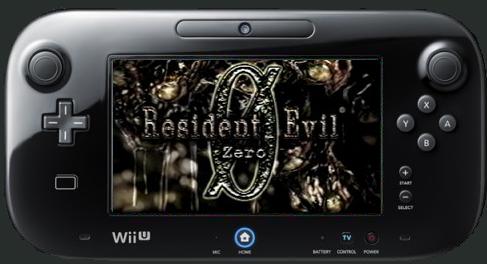 Back in the day, Capcom had quite the relationship with Nintendo. Resident Evil 4 first seen release on the Gamecube, while all three of the first titles also seen ports to the same platform. Of course we know that 0 followed suit, delivering an all new original story – which was sadly overlooked by many due to the exclusivity of the title. Well, why not make a sequel? Nintendo want to show the world that they can hang with the Xbox 360 and Playstation 3’s more “adult” titles, and no series is better to display that fact than Capcom’s classic survival horror brand.

Apply the mechanics of Resident Evil 5 and 6, add in some nice item management with the Gamepad, and give us a brand new location to explore that doesn’t damage the narrative of the franchise – and you have one spinoff that would be sure to rake in some cash and give us a new way to play an old favorite. Rebecca Chambers needs to headline again anyway, so this opportunity could certainly get the fans who hated RE6 back on the bandwagon.

Dragon Age
If it came down to seeing an exclusive Dragon Age or Mass Effect on the Wii U, I would have to go with Dragon Age, hands down. While I prefer the much more polished Mass Effect series, there is a certain charm that Dragon Age has in it’s story that draws you in, and the fanbase are also more likely to be open to the idea of a new game on a foreign platform. 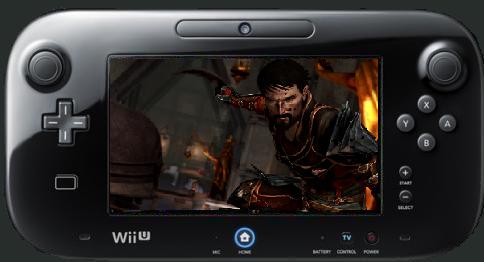 Skyrim, Oblivion, Dragon Age, Divinity, and all of the Fantasy RPGs that have came forth during the past generation are all completely different titles, but they seem to all aim at scratching the same itch due to their long playtime, heavy customization, and massive amount of quests set in fully realized environments. We know that EA seem to sort of be on board with the Wii U at the moment, and Dragon Age would make for a great tester of sorts to attempt to draw in that market. Using the word “tester” makes it seem as if Dragon Age might not sell on the Wii U, but I have confidence that if done right, a meaty and well made product would encourage development for more RPGs on the Wii U, and attract more gamers to the system as a whole.

We all know EA though. They are going to want to produce a game where the money is at, and unless it’s a Sims port or something “safe”, the chances of seeing an exclusive Dragon Age are slim to none. Still, one can dream, right?

F-Zero
Sony has Gran Turismo, Microsoft make bank with Forza, and Nintendo own F-Zero. Guess which brand has the least amount of respect from racing buffs? Captain Falcon is one of the most beloved mascots in Nintendo’s roster, but it really wasn’t his own franchise that built him into an icon. To be honest, I never even played F-Zero until I first sat down with the original Super Smash Bros., and that is a fact I’m not too proud to share. This racing franchise is more arcadey and over-the-top than any sim in the market, but that could work to it’s own advantage, and still bring in fans of the genre in the process. 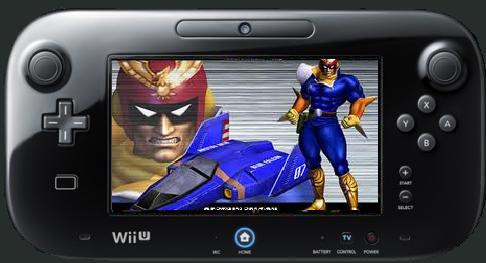 Imagine a fully realized F-Zero, in full HD. Add a story mode that includes intense races and some fast-paced action to the mix. The concept would be – you win a race, get out of your car, and then fight through a stage to make it to the next race as Captain Falcon himself. Still not with me? Well, add in Platinum Games as the developer. Platinum are working on Bayonetta 2 right now, but by the end of the Wii U’s lifespan, I would love to see them do something with the F-Zero series. This mix of genres seems ideal due to how much of a fit Falcon would be with Platinum, and would give Nintendo a racing hybrid that would be sure to not only grab the eye of Smash Bros. fans, but also gamers with the love of speed. Also – the idea of performing a falcon kick on a car and knocking it to the next planet is just one idea that shouldn’t be ignored.

Super Mario RPG 2
Nintendo and Square seem to be in an interesting relationship. Back in the SNES era, the two came together to publish Chrono Trigger, Final Fantasy II & III, and the lovely Super Mario RPG. These days, you can still see the collaborative effort through the likes of Fortune Street, Mario Sports Mix, and the continuing Dragon Quest franchise. Most would instantly say “BUT PAPER MARIO 2 WAS SUPER MARIO RPG’s SEQUEL!” when the idea is brought to the table, but that is really irrelevant as of 2013 due to the far-off direction the Paper Mario series has went in. 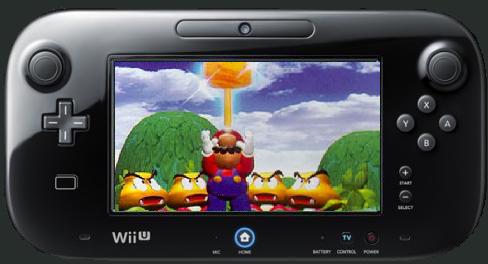 I’m not talking Paper. I want to see Mallow, Geno, Mario, Peach, and Bowser in an all new and much longer production, with the same gameplay elements that have brought myself and countless others back to the classic over the years. I enjoy all of the Mario RPG titles that have came out on the DS (such as Mario & Luigi), and still have a soft spot for the Paper franchise, but the original Super Mario RPG is one of those timeless experiences that should never be forgotten on any “top” list, and seeing a brand new experience to be had on the Wii U with the game would be a dream come true. Think about how much the industry has evolved since 1995 when it comes to RPGs. A sequel could incorporate rich and humorous storytelling into a level grinding, 80 hour epic, letting a new generation experience a side of the plumber that many forgot existed. 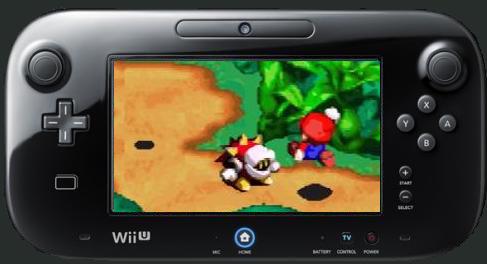 If it’s successful, I give Nintendo permission to make as many spin-offs as they desire with the cast, but only if we can see that magical little setting and cranky sword make the comeback that most have given up on.

Well, there you have it. I didn’t include Zelda or Metroid, as those are certainly going to see a release sooner or later on the Wii U. This list is just that – a humble wishlist of potential titles that could broaden the Wii U’s appeal, by tapping into the very market that throw down pre-orders and spend hours in forums – soaking in the lore and nostalgia of their favorite games. Honestly, I doubt any of the above will even see a release, but Nintendo always have a wild card up their sleeve, and hopefully – these five ideas can one day be a reality.