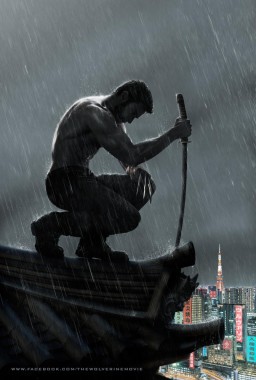 Sharpen your claws because we’re getting closer to The Wolverine!Twentieth Century Fox has revealed a bran new international poster for The Wolverine (featured right). While the rooftop angle and dark tone to some may seem slightly “The Dark Knight-ish”, upon inspection you’ll notice the building and the surroundings are of Japan where the film is set. Taking place after the events of X-Men: The Last Stand, Wolverine is a lone warrior clashing his adamantium claws against samurai steel as he confronts a mysterious figure from his past.

From director James Mangold, The Wolverine will hit theaters on July 26, 2013.