The much hated newly released PC game, “War Z” has had its trade mark name suspended for sounding too similar to the popular zombie franchise “World War Z”.

Earlier this week, War Z was released on Steam at full price despite still being in alpha and promising many in game features that were simply not there. After many gamers expressed their discontent to Steam, refunds were given out and the game was taken down. Many people now believe that The War Z was rushed and pushed to market as a cash grab because of the popularity of the game DayZ.

Now it seems that War Z has hit another wall due to not only trying to ride on the DayZ wagon, but also being too similar to World War Z. On the United States Patent and Trademark Office website, you can see that the status of the game’s trademark has been suspended. The exact document for suspension goes into further detail. 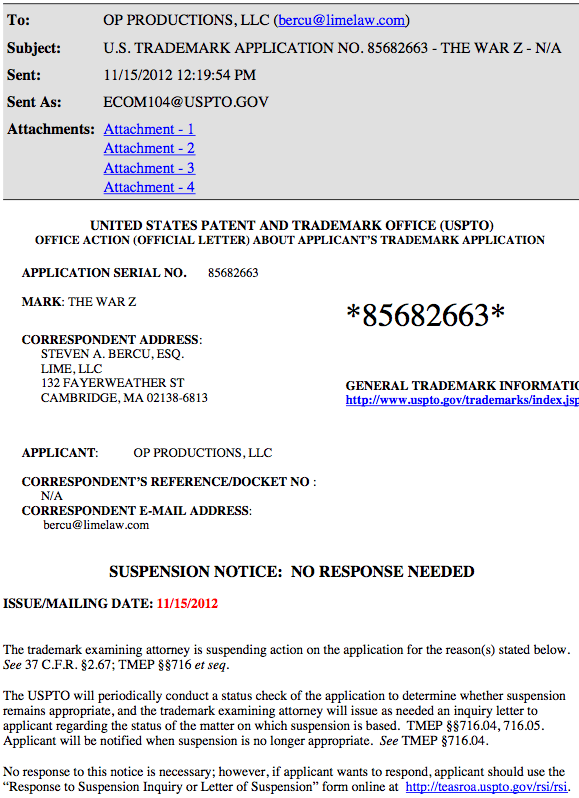 Fate of the World Expansion Update