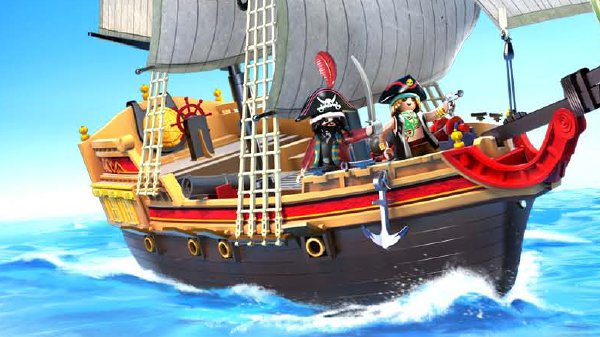 Gameloft is releasing a new game this Thursday, December 13th, 2012, that is based on the Playmobil toyline with Playmobil Pirates.  A free to play iOS and Android game, players aim to rise through the ranks of piracy by building up a pirate camp, recruiting a pirate crew, and defend your camp from enemies.

Gameplay comes down to mini-games that players can not only play solo, but with their friends.  Friends aren’t only limited to sharing gameplay through the mini-games with each other though, as there are also gifts to give and visits to each others’ camps.  Players can check out what Playmobil Pirates has to offer in the video embedded below and download the game for free from the App Store on Thursday.