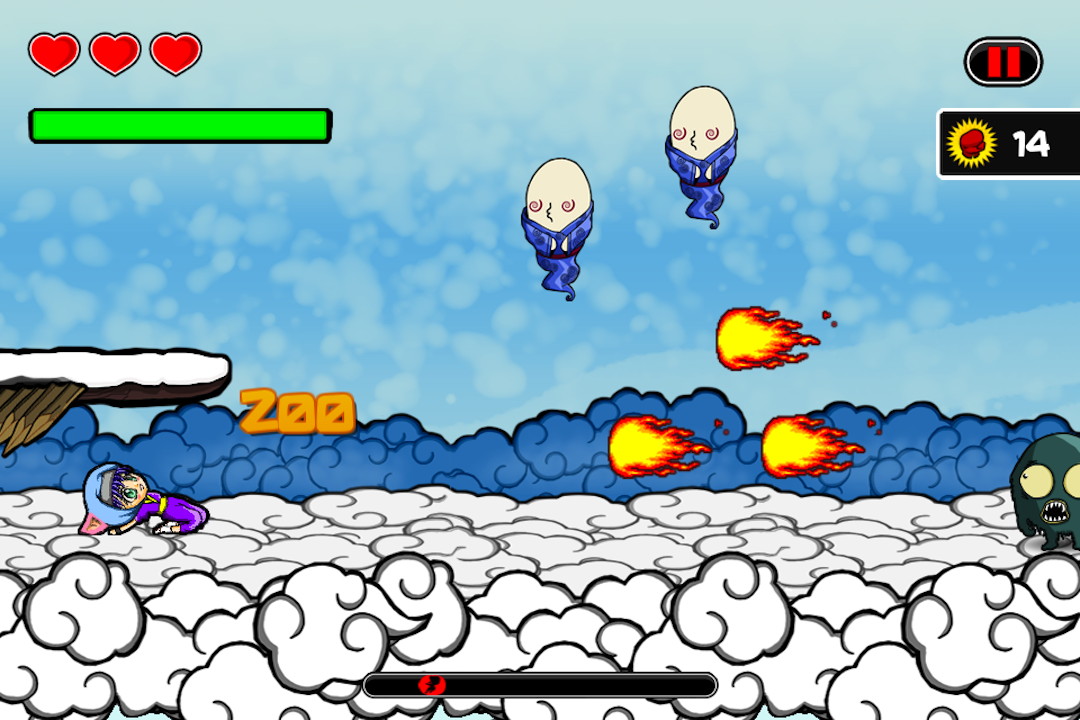 For those of you who like to live on the slightly wacky and colourful side of life, join Neko the stray cat in Ninja Sprint for some of the most insane ninja action ever seen on a mobile device. Struck by lightning and attaining a human form with super ninja powers, Neko finds herself in the unemployable category having to make do by slaughtering ancient monsters and stealing their valuable loot. Ninja Sprint is an intense side scrolling game where players will be challenged to sprint, slide and jump their way through 80 levels set over 4 environments. With her wicked claws and choice of blood visuals, Neko will have to chop and slice through countless enemies executing her special attacks all to a pumping soundtrack.

For more information check out www.ninjasprint.com and to download