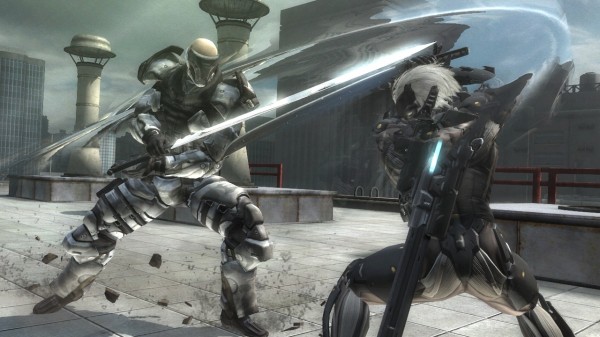 Today Konami provided a nice little media dump in the form of new gameplay video and screenshots for their upcoming title, Metal Gear Rising: Revengeance. The videos can be seen below and are certainly worth checking out thanks to the killer sword action that Platinum Games has devised for the title as well as some customization options players have for Raiden and the screenshots are also found below and cover the same type of enemies shown in the videos.

As for the enemies in the videos, they are named Ray and Mafutisu and they will be encountered once the game is released Xbox 360 and PlayStation 3 on February 19th in North America and February 22nd in Europe.

Metal Gear Rising Demo Coming to the West in January