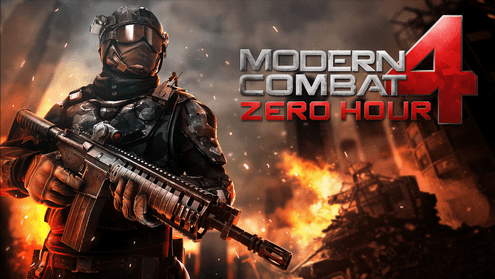 Not to be outdone by Black Ops II, Gameloft is back with their latest iteration of their hit FPS Modern Combat. Dominating the charts three times before wasn’t enough, Modern Combat 4: Zero Hour is an improvement on three previous games, tapping in to the speed upgrades on the latest iOS devices. Modern Combat 4: Zero Hour is set after a nuclear disaster when the President of the United States President Burke is kidnapped by a terrorist cell led by an ex Green Beret.

The game is available here for $6.99 USD for the iPad 2 and up, iPhone 4 and up, the iPad Mini, and iPod Touch 4th Generation and up. An Android release will be made available for phones and tablets in the coming days.