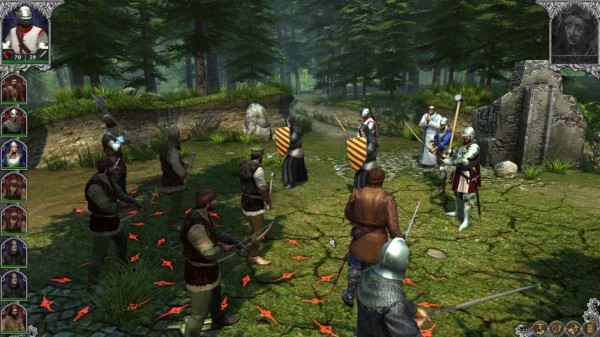 Legends of Eisenwald was Kickstarted with $83,577 dollars this past May. Today, Aterdux announced that the strategy RPG will see a Windows release in April 2013. Legend of Eisenwald is currently running a Steam Greenlight campaign that can be found here. Those who pre-ordered the game through their site or Kickstarter have access to the beta through Desura and a DRM-free version Discord Times.

The medieval fantasy game features stream lined turn based combat and dynamic campaigns and quests that change based on decisions made by the player.  Units are customisable with multiple upgrade paths. Learn more about Legends of Eisenwald at their website here.

Legends of Eisenwald – Breaking the Cliché