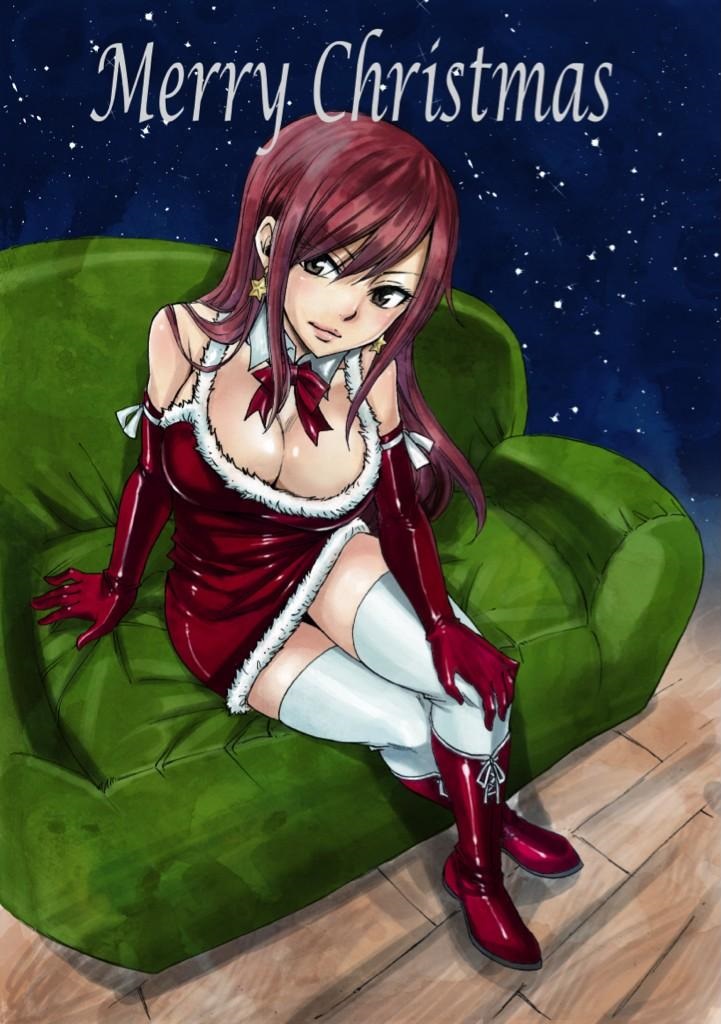 While many of us are scrambling around trying to finish up some last minute shopping and wrapping of presents, others are able to take some time and sketch out some special drawings and no one does it better than the creator of the Fairy Tail manga, Hiro Mashima.

Today Hiro, who often posts drawings of his characters on his Twitter feed, revealed the picture found to the right (click for a larger version) with Erza Scarlet wishing everyone a “Merry Christmas.” It is worth noting that Hiro Mashima’s Twitter can be found here and anyone who happens to enjoy Fairy Tail itself or anime alone should probably follow him for plenty of great artwork of his cast of characters.