Paramount Pictures Australia have released a new poster for their upcoming G.I. Joe Retaliation film coming to cinemas soon. This film is the follow up to the previous film featuring the re-imagined G.I. action figure characters being portrayed by stars such as The Rock.

For those of you unfamiliar with the concept behind Retaliation, here we have a short synopsis provided to us by Paramount –

In this sequel, the G.I. Joes are not only fighting their mortal enemy Cobra; they are forced to contend with threats from within the government that jeopardize their very existence.  The film stars D.J. Cotrona, Byung-hun Lee, Adrianne Palicki, Ray Park, Jonathan Pryce, Ray Stevenson, Channing Tatum with Bruce Willis and Dwayne Johnson.  Directed by Jon M. Chu, and produced by Lorenzo di Bonaventura and Brian Goldner, from a screenplay by Rhett Reese & Paul Wernick based on Hasbro’s G.I. Joe® characters. 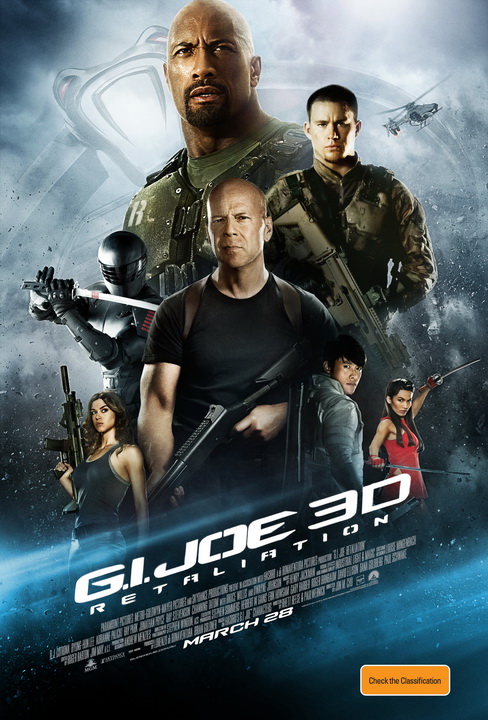 Space Invaders Gets A Hollywood Movie