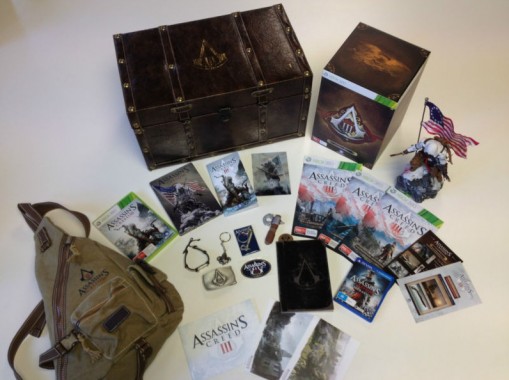 In the spirit of Christmas, Ubisoft Australia has been auctioning off eight copies of a very limited edition Assassin’s Creed III box set (with only ten being produced anywhere in the world) in order to raise money for the Sydney Children’s Hospital Foundation.

The auctions have now passed their halfway point, with five sets being sold and another three auctions yet to be completed. There has been very strong interest from Australia  as well as from around with the world, with several overseas bidders trying to get in on the action.

Currently the Assassins’s Creed Limited Edition box sets have raised over $2500 for the Sydney Children’s Hospital and, with the items getting continually rarer as the auctions finish up, Ubisoft is hoping to raise even more for this worthy cause.

The winner of the first auction has received his edition and helpfully uploaded his own unboxing, to show everyone what you get in this edition. You can view his unboxing video below.

With only ten of these Limited Edition trunks being made, it’s no surprise that Ubisoft Australia has gone all out with putting together a fantastic set. Content details are listed below. These trunks are only going to be available for another few days, so be sure to take your chance if you’re interested before they’re gone forever!