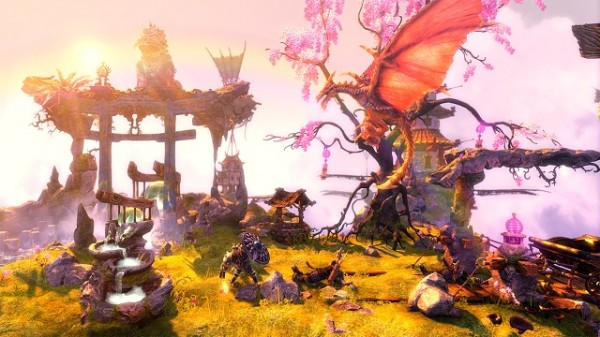 Players that have had the opportunity to collect their Wii U units will be pleased to know that there is already games appearing in the Virtual store on the console. One of those games in the store is the fairly popular Trine 2 video game. This particular version is the Trine 2: Directors Cut version of the game.

Trine 2: Directors Cut Wii U will be priced at $19.99 and will include some DLC content as part of the package. This is the Goblin Mansion expansion and there is also a Wii U exclusive level called the Dwarven Caverns. Wii U players will definitely enjoy this release.

The game is currently out in North American regions and will be available on Day 1 for European regions. Be sure to check out the website for more info.