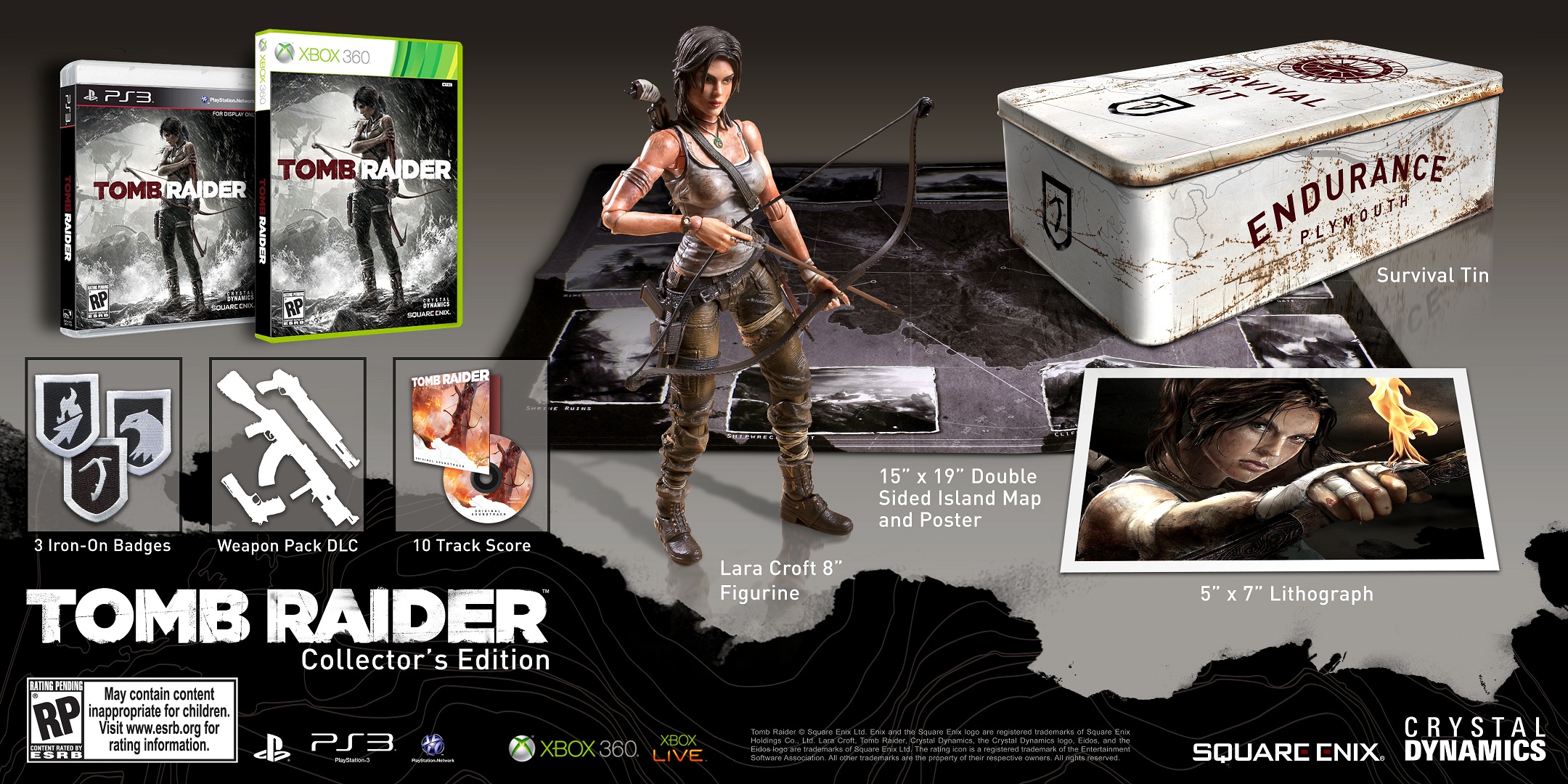 Today Square Enix revealed a special Collector’s Edition that will be released for Crystam Dynamics’ Tomb Raider game alongside the standard edition when it hits stores on March 5th next year. As you can see above (click the image for the high-res version) this Collector’s Edition includes quite a lot of bang for it’s $99.99 price tag.

The package will include an 8″ Play Arts Lara Croft Figurine which also comes with a bow and arrow, shotgun, handgun, ice axe and three different hand shapes, a double sided island map and poster, a special 5″ x 7″ lithograph of Lara Croft, a physical soundtrack containing 10 musical tracks, three Experience Shield badges that gamers can iron on to clothing as well as a DLC code for a weapon pack all bundled in a neat Endurance survival tin.

As for European fans, they can pick up the Survival Edition which includes an art book, a waterproof survival pouch, the map, soundtrack and DLC or they can pay extra for the European Collector’s Edition which contains the survival bonuses as well as the tin and Lara Croft figurine.

While everyone is free to choose whether they want this special edition or not, this one certainly seems like it is worth the money thanks to the inclusion of the Lara Croft figure, but to each their own.