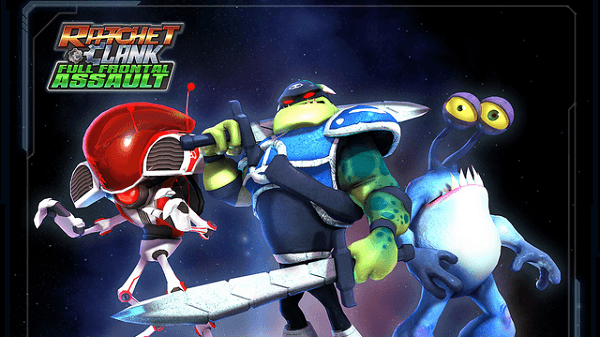 Today Sony announced that Ratchet and Clank: Full Frontal Assault would not be hitting the PlayStation 3 and the PlayStation Vita at the same time and it seems that they have chosen to wait until only a week before the game’s release before announcing such a delay.

Ratchet and Clank: Full Frontal Assault’s PS3 version is still set to be released on November 27th for $20 but the PlayStation Vita version will now be released in January 2013 at some point. To reward fans for their patience, Sony is planning on releasing the above “mini-boss skin pack” as a free download on the PS3.