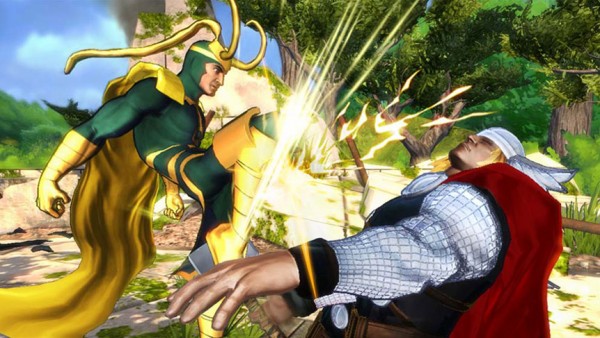 Legendary comic book creator Stan Lee sat down with Ubisoft for an interview on the up coming Kinect  and Wii U title Marvel Avengers: Battle for Earth. Stan Lee expressed his excitement for the motion sensing capabilities of the game.

Marvel Avengers: Battle for Earth is an up coming brawler featuring 20 fan favourite Marvel super heroes and villains including Iron Man, Hulk, Captain America, and Thor. Each character has four unique abilities to unleash on your opponents across six game modes including a single player campaign that spans the Secret Invasion storyline, multiplayer, and co-op modes. The visuals are presented in a traditional comic book style. The game is available now for Xbox 360 Kinect and will be released later this year for the Wii U.