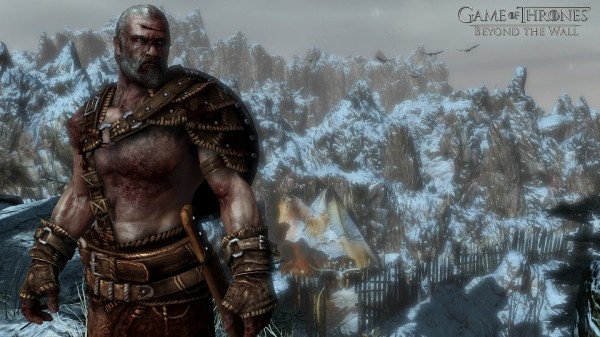 Remember that Game of Thrones RPG that came out not so long ago? It was a so so effort, with a strong enough story that was hampered by less than stellar gameplay and production values pitched towards the bottom end of the scale. Despite it’s shortcomings the game nonetheless held an appeal for fans of George R R Martin’s universe, so some DLC is not entirely unwarranted.

Happily the new downladable content explores the history of Mors Westford, one of the two playable characters in the game who easily took the title of most interesting new character. The events of the “Beyond the Wall” story take place long before the events of the main game, which took place somewhat parallel to the first novel in the Ice and Fire series.

The new quest adds “up to” 2 hours of additional content, taking in a quest that sees Mors flung into the heart of Wildling territory. Details on the plot are lacking, but a handful of screenshots have been released that provide a sneak peek into the new adventure. Mors has got his chest hair out for his venture into Wildling territory, and there are enough snowy huts in there to inspire some hope that established Wildling characters from the Game of Thrones universe may pop into a pixelated existence.

“Beyond the Wall” is available now on PC  world wide and on Xbox LIVE in Europe, for €4.99/£3.99/400 MS points. It will be available on the PlayStation Network in the near future.