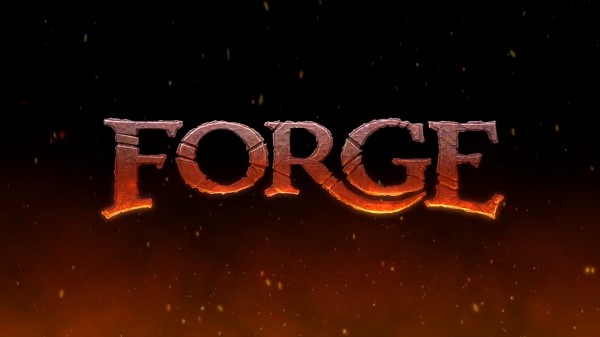 Introduction
At the moment FORGE offers little introductory being a strictly online player versus player (PvP) title. Additionally, any explanation of the background story can only be found on the official website. After investigating I found FORGE to have an interesting concept that yields a purpose for PvP onslaughts.

The world known as FORGE was created in desperate frustration of the known ‘gods’. Once holding great power, the gods have been consumed by a being called ‘The Devourer’. In order to escape the grasp of this manifestation, the gods must have sacrifices to regain power. Battlegrounds were then formed to summon the world’s greatest heroes to fight against each other to fight in their god’s honor. But will any god be able to surface?

Classes
FORGE delivers five selectable classes: Assassin, Pathfinder, Pyromancer, Shaman, and Warden. Each class has abilities that can be called upon in battle to help defeat an opponent. Depending on what the ability may do, there may be a recharge time for the ability to be ready to use again.

Playing as the assassin class enables a player to perform stealthy executions. While all characters can use resources – works like stamina – to run, Assassins can presently use resources during their stealth mode. However, stealth is disabled if they take any damage. So be careful when traversing the battlegrounds to avoid caltrops and area of effect spells. Additionally, these sneaky combatants can stun their enemies to thwart any attempt of escape.

Pathfinders are the rangers in this collection of warriors. Preferring to take out enemies from afar, pathfinders use a bow and arrow to deliver a barrage of damage. The main objective for this class is to delay opponent advancement and to be spot-on with targeting. Want to shoot at a group of enemies? Use the ability “Volley” to disperse damage amongst a cluttered crowd. I have seen crafty pathfinder teammates camouflage themselves on housetops and continuously shoot at enemies without being targeted. Add a venom arrow in the mix, and you have quite the deadly assailant.

Like playing with fire? Pyromancers will easily be one of your favorite classes to play. While some deem they are overpowered, skill is the determining factor when using this mage. Appealing in more ways than one, I’ll admit that the pyromancer’s ability set is very unique when it comes to special effects. One such ability called “Fire Wall” looks as if a molten river is erupting in front of the caster. Don’t play with fire if you can’t handle the burn!

Shamans may be the underrated and under utilized class. Based as a support class, the shaman can be very effective in healing teammates and providing resistances for a minimal duration. Healing shrines run in short supply, and shamans can provide instant health while other classes are engaged in combat. A shaman on a team will easily determine how many confrontations you may survive. No shaman? No more life.

Wardens pack a punch with the brute force missing from every other class. Boasting physical defense and invulnerability skills, wardens can make for great distractions in battle. Popping up the force field to reduce all incoming attacks to zero will stop enemies in their tracks, but you won’t be able to attack during this time. The warden’s main issue is effectively getting into range of opponents without taking too much damage. Ranged warriors have an edge at a distance, but as the warden gets closer he becomes more lethal.

Matches
Player matches consist of three types thus far: King of the Hill, Team Deathmatch, and Capture the Relic. Each mode has different objectives in order to warrant points for each team. Capture the Relic is based like a normal capture-the-flag run with both teams having relics to be captured. By retrieving the enemy relic and returning to your base’s relic position, you will have gained a point for your team. The team with the most relic captures wins the round.

Team Deathmatch is the basic team slaughtering match that every PvP game requires. By reaching a predetermined amount of kills, a team will be deemed the winner of the round. Investing in a shaman may keep your kill/death ratio more intact. 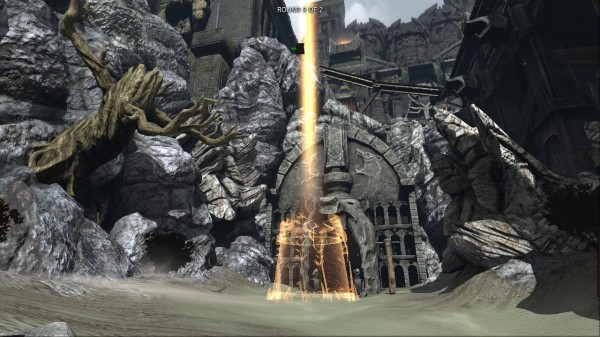 King of the Hill works like a tower defense. By holding your ground and defending the tower, you will gain favor for your team. In order to take a tower away from your opponent, you must remove enemies from the contested area and hold the ground to reduce their favor. As the game progresses the area of which the tower is located changes, and the vicious cycle continues. Holding a tower long enough will give your team control of that area reducing your team score. The first team to reach zero points wins the match.

Visuals/Audio
Environments look fairly well put together. Ramps and bridges offer the appearance of being on another level of the playing field. The layout and design of battlefields give players room for confrontation at multiple levels whether you are at the top of a tower or near an endless pit in the sewers. Death is coming your way, so it might as well look pretty.

Special effects like that of the Pyromancer’s “Fire Wall” are enjoyable to experience. Time and effort was placed into the creation of this special effect and shows players that the artists are experienced in their work. Mimicking this talent throughout the game will be the challenge to face as production deadlines will need to be met. 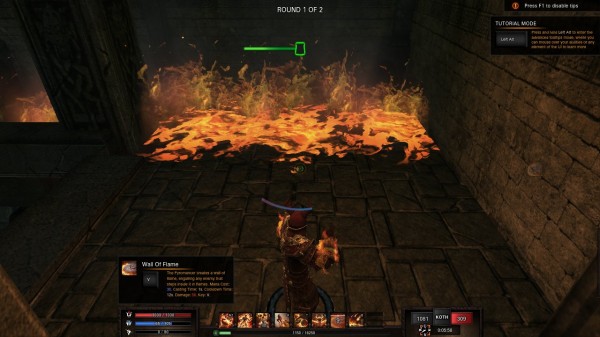 If you have experience the audio of FORGE, then you know help was needed in this area. As new patches have been released, the guys over at Dark Vale Games understood that a complete overhaul of sound effects was necessary. A complaint that players were having with the audio was that of cannon-like sounds coming from Pathfinder’s bow.

Final Impressions
From a development standpoint, FORGE has a bit yet to go before being a polished product. Being in the closed beta stage, the developers are still working with a lot of visual effects that will provide a much easier experience for the player. This concern is mainly directed with the user interface such as placement and alterations for abilities, health bars, mini-maps, as well as other necessary tools. The damage counters for every attack have to be taken into consideration to provide an equal playing field as each character class. In the latest update, FORGE is testing how players utilize attribute points with leveling up.

FORGE has a lot going on right now, and some aspects prove that it is making progress towards becoming an unique PvP battleground. If Dark Vale Games continues to learn from the beta participants what needs to be changed, they will undoubtedly create a working title.