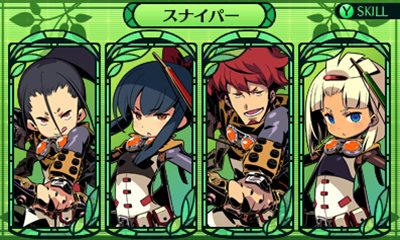 We already know that Etrian Odyssey IV: Legends of the Titan will be released in North America courtesy of Atlus USA next year on February 26th, but so far we have only seen a few screenshots of the game in English. Well today Atlus rectified that issue by releasing an English teaser trailer for Etrian Odyssey IV which can be seen below.

It is worth noting that Etrian Odyssey IV: Legends of the Titan is actually the first game in the series that will feature a Casual mode that will take the player back to town if they die or warp to town whenever they feel like instead of simply ending the game. It also happens to be the first game to feature enemies created with polygons instead of simple 2D sprites.