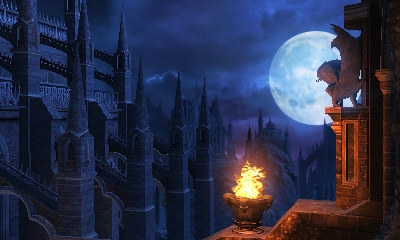 Castlevania: Lord of Shadows – Mirror of Fate, the first Nintendo 3DS title in the franchise, has a new trailer to celebrate the spirit of Halloween. The new trailer shows off some new gameplay features and in game footage, showcasing the two playable characters, both of whom are part of the legendary Belmont bloodline: Simon and Trevor Belmont. Mirror of Fate is part of the reboot of the franchise.

Castlevania: Lord of Shadows – Mirror of Fate tells the story of Simon and Trevor Belmont (voiced by Alec Newman and Richard Madden respectively), both descendants of Gabriel Belmont (voiced by Robert Carlyle). Gabriel has returned as a powerful vampire called Dracula, threatening to destroy the brotherhood and anyone who stands against him. Gabriel was also revealed to be the prince of darkness in the original Castlevania: Lords of Shadow, and an all-new prologue level allows users to control Gabriel once again before his transformation.