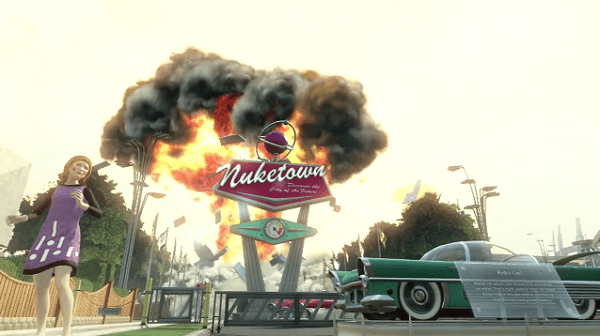 Today Activision released a new trailer for Call of Duty: Black Ops II and this one is focused on showing off the special pre-order bonus multiplayer map ‘Nuketown 2025.’ As you can see in the trailer below this map that was a huge hit back with the original Black Ops has seen a number of aesthetic improvements and looks to be just as compact and action packed as before.

Now as mentioned before, this map is only available for those who pre-order the game and considering the fact that Black Ops II is set to be released in under two weeks on November 13th then now would be a good time to put some money down and secure this multiplayer map.