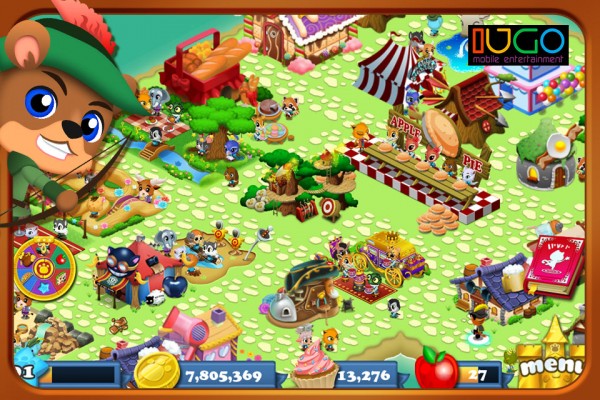 The third installment of IUGO’s Animal Acadamy was released to the App Store today. The long standing series for iPad, iPhone, and iPod Touch combined town building with cute animals. Animal Academy: Fairy Tails bring a story book twist to the series, proving that stories do end happily ever after.

Players will be able to build their towns with castles and other fantasy themed buildings while interacting with famous fairy tale characters. These characters will issue quests based on their fairy tales and offer epic quest rewards. Players will also be able to recruit the help of friends to get special bonuses such as coins and cupcakes. Check out Animal Academy: Fairy Tales for free on the App Store here.