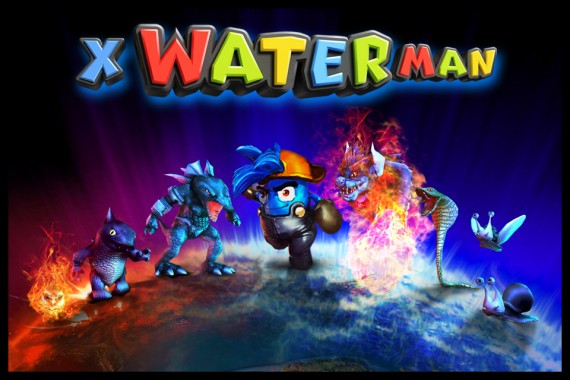 A new game from the people over at aGame Studios have revealed a new game that will be releasing for iOS. X WaterMan is a game that will have a very great story! The water kingdom in X world was about to be destroyed soon in the war. The Diviner foretold that only the man whose blood cells were blue can wind down the whole thing, and you, WaterMan! Now, take this mysterious holy water, set out to the castle of Devil of fire!

You have arious role forms in this game, you will get great power through you’re changing Form physically to beat the Devil, which will bring you a great classical 2.5D action experience.

You will be able to play in three different forms when the game releases and you will also be able to go around and collect gold and get ranked on the leader boards by how much gold you actually collect.

You can go ahead and pick up the game on the app store for $2.99 here