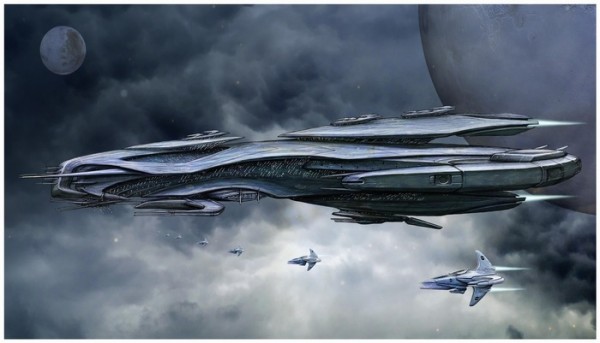 Way back in 2004 a space game by the name of Nexus: The Jupiter Incident was released to some pretty good reception. It wasn’t surprising then that in 2006 a tech demo of a sequel got leaked, but what was surprising that after the tech demo there was pretty much nothing to say about a second game.  Well at least until now.  With the success of Kickstarter the developers of Nexus have decided that now is a good as time as ever to try and get Nexus 2: The Gods Awaken funded, so that they can get it made.

Set 25 years after the original game, the sequel will include more races and ships, as well as features to improve gameplay.  Where in the first game players could target specific weapons and shields on enemy ships, the second has plans to allow specific systems of the ship to be targeted and when disabled or destroyed deactivate everything connected to that system.

But, that’s just the beginning of what they are hoping to do with Nexus 2, but with plenty of ideas takes a lot of cost and they are trying to find backers to reach their goal, which is starting to shape up nicely though only has 2 weeks remaining.  With more funds they will be able to add even more races and ships and features.  Players can check out some of the concept art in the gallery below and those interested in backing or learning more can check out the Kickstarter page HERE.