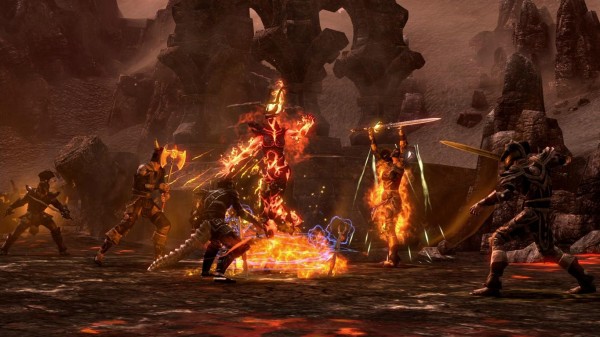 Today a number of new screenshots for Bethesda’s upcoming MMO, The Elder Scrolls Online, were released to the public and they can be seen below for your viewing pleasure. As you can see in the fourteen images presented, a number of environments are shown off, such as areas from Skyrim, Oblivion as well as Morrowind.

Also shown are a few of the iconic Elder Scrolls races as they fight against some monsters that are also from the franchise. Currently there is no set release date for The Elder Scrolls Online though it is expected to be released sometime in 2013. Those eager to learn a little bit more about the title can read our impressions of what was presented at E3 earlier this year here.