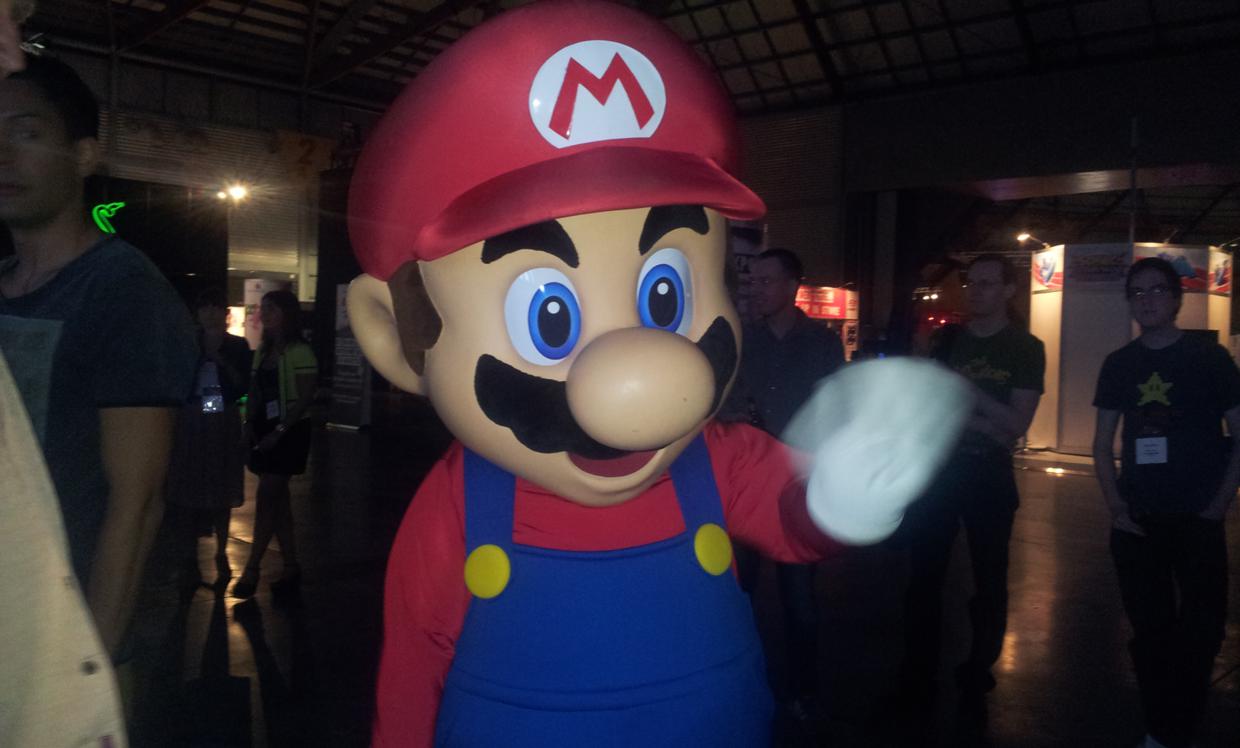 The Wii U made its Australian debut during the EB Expo this weekend. Before the public got their hands on the console, Nintendo invited a selection of media and VIP personnel to give the Wii U a try. Nintendo’s impressive booth allowed visitors to try out a selection of launch window games, including New Super Mario Bros U, Rayman Legends and ZombiU. The games I got my hands on were quite impressive and do take advantage of the Wii U Gamepad. Below are my opinions on titles that are worth looking out for.

One of the most anticipated Wii U launch titles would be New Super Mario Bros U. The classic platformer brings in the Gamepad for an extra player in another form. Four player multiplayer returns and require the players to use Wiimotes. The Gamepad user is there to aid the players in completing the course. This ranges from adding extra platforms to stunning enemies. Those with the Gamepad will still have a great time despite not controlling any character on screen during multiplayer. While playing on the Gamepad, I still found it enjoyable as I aided my fellow players in raking up the score. Other than that, it’s classic Mario with new powers, such as the Flying Squirrel suit which allows players to glide. 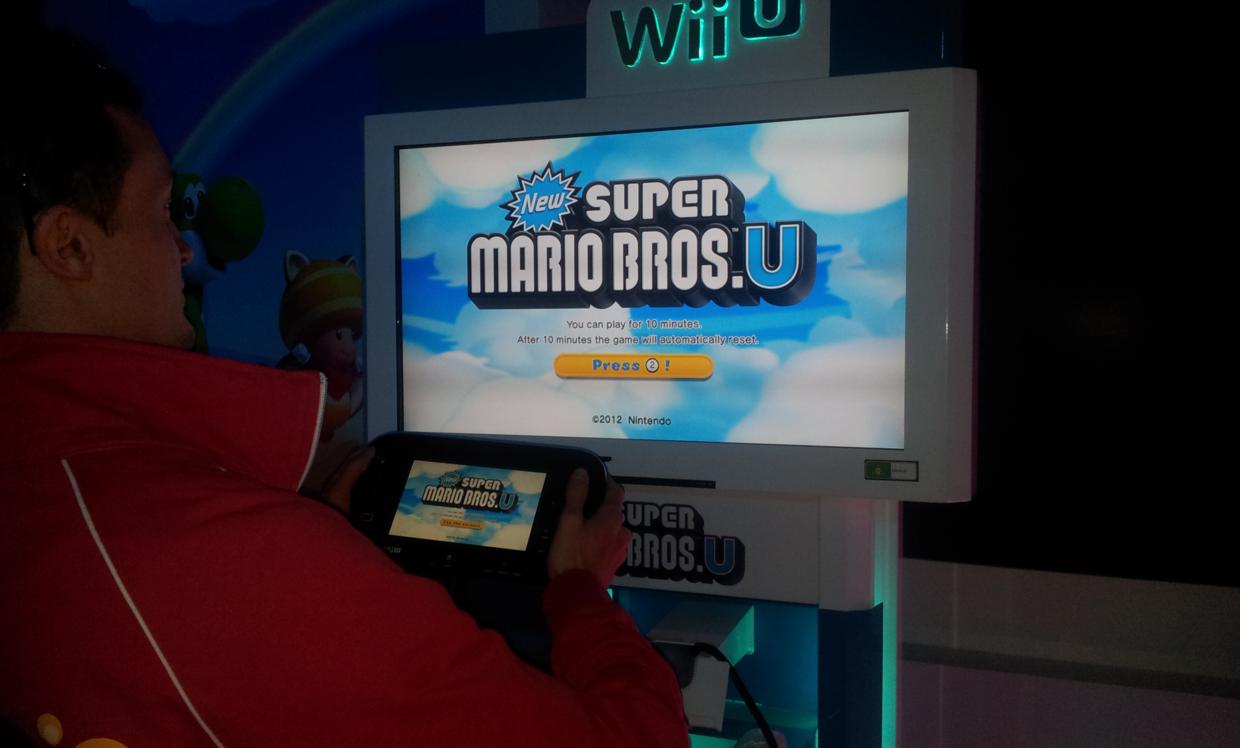 Nintendo’s other first party offering was NintendoLand, a collection of mini-games based on Nintendo’s franchises. I had the chance to try two mini-games, Donkey Kong Crash Course and Takahara’s Ninja Castle. The Donkey Kong mini-game uses the Gampad’s tilt controls, as well as a few physical controls as players control a mine kart through a level inspired by the original Donkey Kong arcade game. In Takahara’s Ninja Castle, the Gamepad acts as the player’s stash of shuriken. Players throw the shuriken from the Gamepad towards various ninjas. Players have full control of the trajectory.

But most of the Wii U games on show were in fact third party games, especially Ubisoft. ZombiU, another hotly anticipated title, was on show and it does impress. Zombie U is a survival horror set in a mansion in London. Your objective is to survive the zombie outbreak. The Gamepad is essential as it acts what would have been the HUD. The map, inventory, health indicators are all taken care of on that six inch screen. A neat feature is that, once your character dies, it is infected and must be taken care off in the next round of gameplay. Only the single player experience was offered, but it is a game that is worth looking at when it is released at launch. 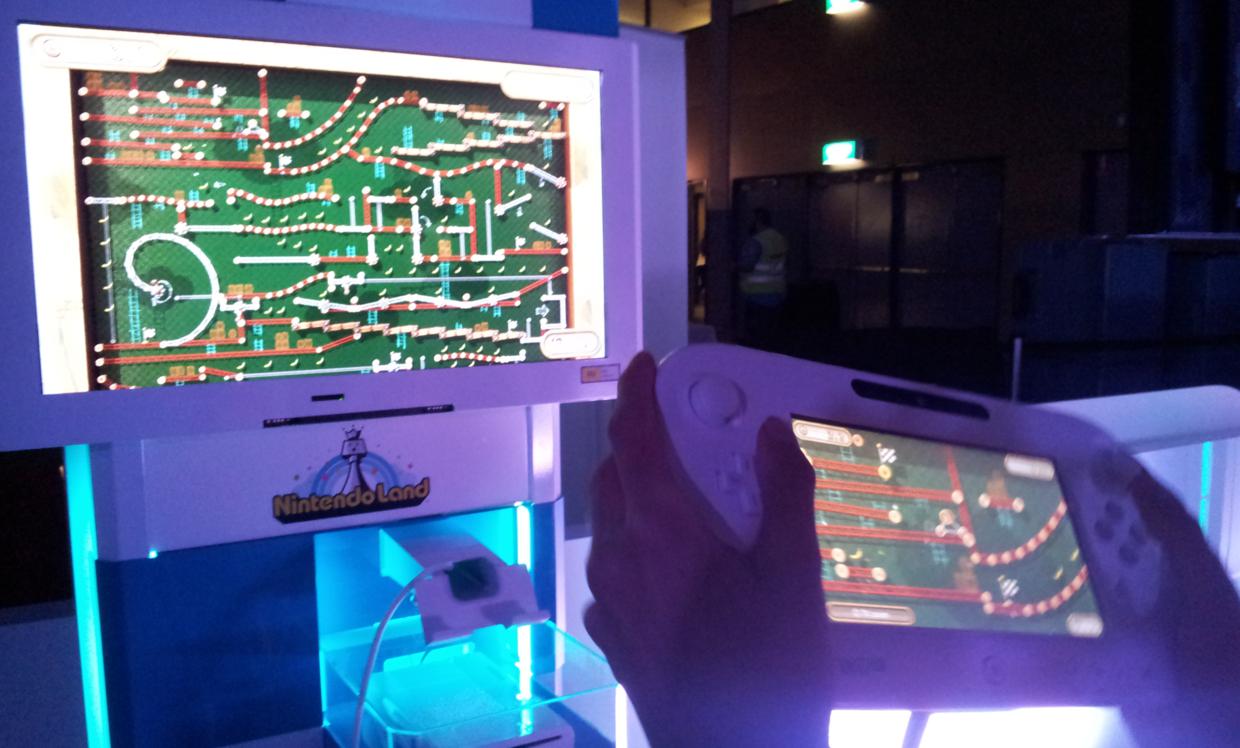 Rayman Legends, exclusive to the Wii U, was also present. Fans of Rayman Origins who are picking up the Wii U will be excited to hear that Legends are taking those elements and making it better, especially with the introduction of the Gamepad. The Gamepad player controls Murfy. Murfy’s main role is support, aiding Rayman and his friends through the levels. It is like New Super Mario Bros U, but Ubisoft pushes it further, as some levels require Murfy’s aid to progress through. The screens will be quite different between the TV and Gamepad. Murfy is fun to play with, despite being a support character. Rayman Legends was also the first time I got my hands on the Wii U Pro Controller. The controller is slick, comfortable and responsive. It is an excellent controller for those who don’t want to use the Gamepad often.

The last game I got my hands on was Batman: Arkham City Armored Edition. For those who have played Arkham City already, then you can expect the same gameplay wise. However, the game has been tweaked to take advantage of the Gamepad. Like Zombie U, the inventory is displayed on the Gamepad rather than the TV screen. Items are selected using the touchscreen. Physical controls are still the main controls. When a cut scene is playing, it plays on both screens. A nice little feature, I must say. Overall, it is the same game from two years ago, but it has been tweaked enough to possibly give it another round.

Check out Ben “LinkageAX” Webb’s overall impression of the Nintendo booth. We also have a gallery of photos of the games and the booth.

Alienware Team Up With Sydney FC For EB Expo