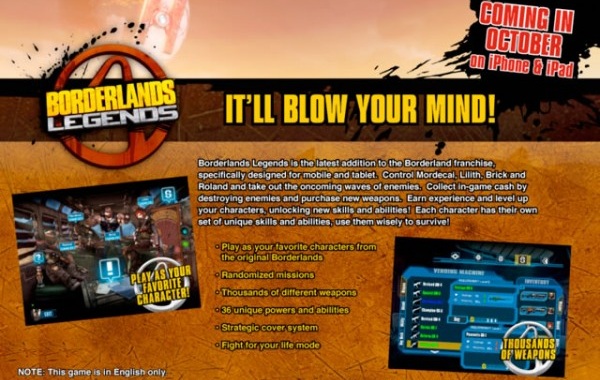 It looks like a Borderlands app is in the works and according to the advert discovered by a Gearbox Forum user, the app will be released sometime this month for iOS devices. The advert was found in the Borderlands 2 digital strategy guide and as you can see above, it describes a game called Borderlands Legends.

Currently there is no set release date or price for the game, though apparently players will be able to play as the four original characters from Borderlands 1, use character specific powers and level up as they use a slew of different weapons to kill waves of enemies using a “strategic cover system” and more.