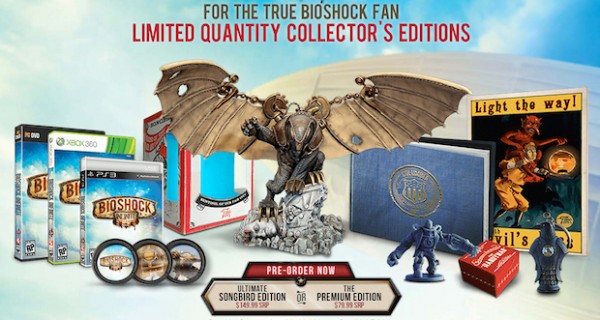 Are you a bit down that BioShock Infinite’s release has been pushed back a few times? Well now that you’ve had some time to save up your money for the game, Irrational and 2K Games have a special treat for you. A more expensive version of the game with some neat goodies!

Today the company revealed that BioShock Infinite will have a Ultimate Songbird Edition released for $149.99. This version of the game will come with a special box, a keychain modeled after an item in the game, a 5 x 7 lithograph, a resin-cast miniature from the BioShock Infinite board game, an art book and various digital goods like a soundtrack, in-game upgrades and some DLC bonuses. Perhaps the biggest bonus however is a 9.5″ statue of Bioshock Infinite’s Songbird.

Those who don’t feel like dropping that much money, can still pick up the Premium Edition of the game for only $79.99 which includes everything above minus the Songbird Statue. Gamers in North America can pre-order this special version now while Europeans and Australians can do so on October 22nd. 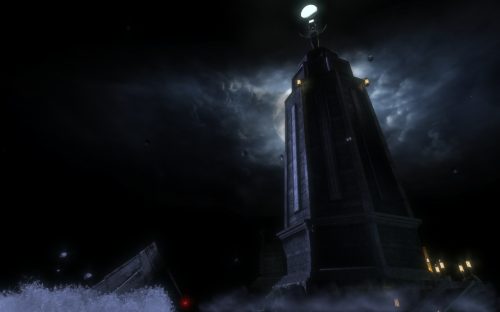 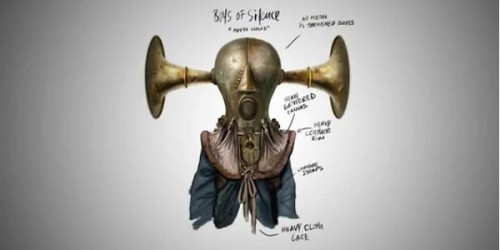