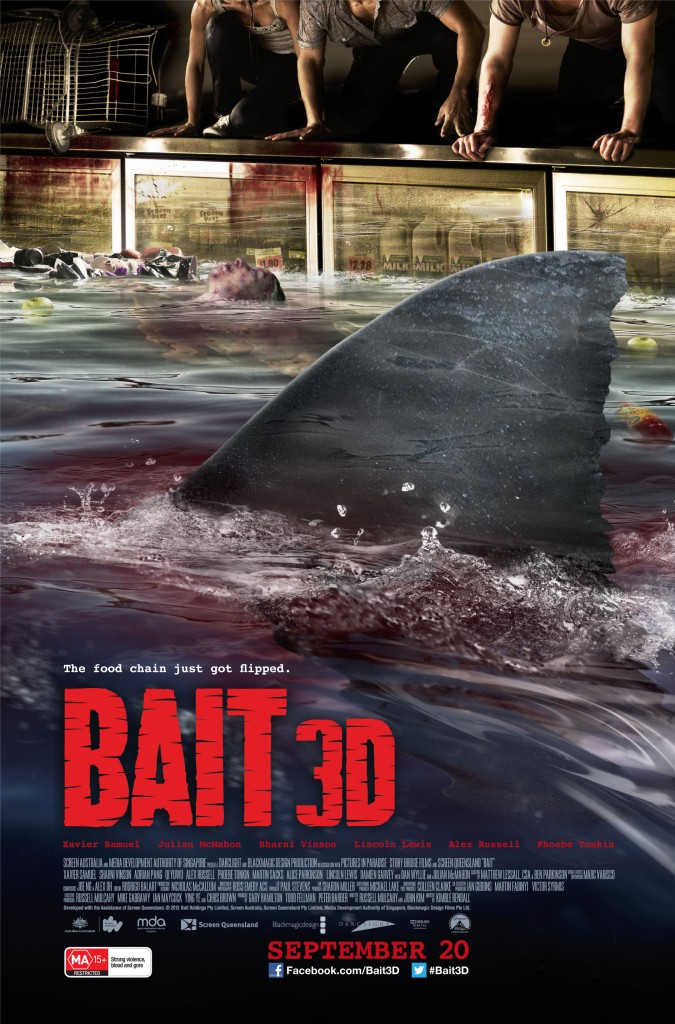 A tsunami swallows a sleepy beach community. A group of survivors find themselves trapped in a flooded underground supermarket and soon discover they are not alone, the tsunami has brought unwanted visitors from the depths. The survivors quickly realise their battle is not only to overcome the threat of drowning, but a threat far more sinister – hungry great white sharks.

So how do you win? It’s easy! Just leave a comment below telling us why you want to go see BAIT in 3D! :

The competition ends on the 17th of September We’ll be picking 3 lucky winners!  Keep an eye on this page as we’ll be announcing the lucky winner just after the 17th!

Check out the trailer to BAIT below.

More info on BAIT can be found on the official Facebook Page : https://www.facebook.com/Bait3D

Must be an AU Citizen to win.