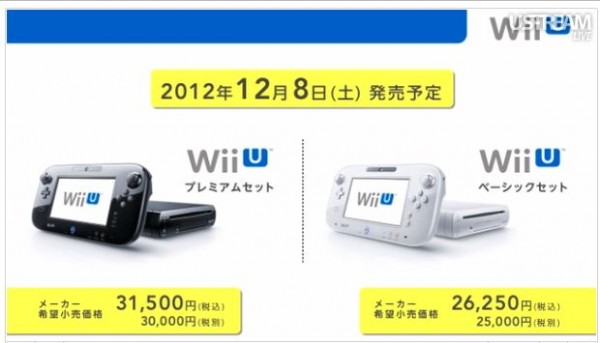 Nintendo has finally revealed details of the Wii U’s launch date with the company revealing specifics on the Japanese release of the console through their Japanese Nintendo Direct conference.

They confirmed that the Wii U will release on December 8th, 2012 in Japan and will be released in two different versions. The basic bundle which will retail for  ¥26,250 (roughly$335), and the premium bundle costing ¥31500 (roughly $400). The difference between the bundles is colour and storage space. The basic version will be white and include 8GB flash storage and the premium version will be black and include 32GB flash storage.

More Details on Wii U Pop-Ups Across Australia

Join Nintendo for a tour of the Wii U Gamepad