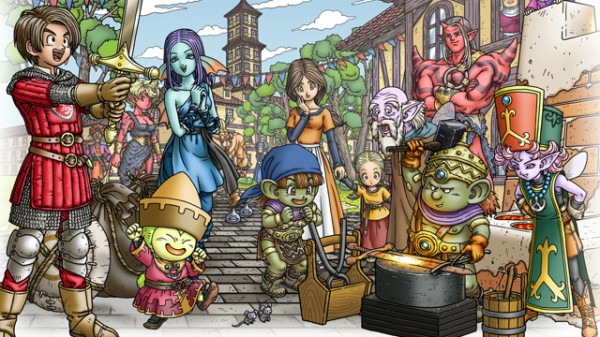 Square Enix is the next company to reveal what they will be bringing to Tokyo Game Show this year and you better be prepared for a rather Japanese line-up as nearly all of the games that they are showing of there will be in Japanese only and will only be released in Japan because localization isn’t in the cards for 99% of Japanese games.

The full list of what they are going to be showing off during various stage shows and presenting trailers can be seen below. The company is also planning on sharing some new information about a Wii U version of Dragon Quest X. Unfortunately for those who want to know more about Lightning Returns: Final Fantasy XIII or Final Fantasy XIII Versus or even Final Fantasy X HD will find themselves disappointed by the line-up.

Trailers to be shown at the Mega Theater:

Playable titles at the Family Area: