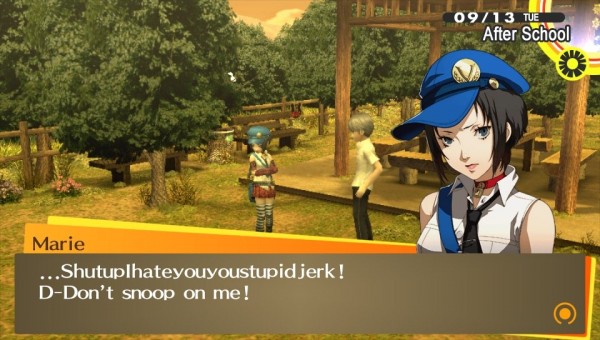 With the release of Persona 4: Golden growing closer, Atlus USA has chosen today to release a slew of new English screenshots for the game. Each of these screenshots can be seen below, with a few of them focusing on some brand new content, including the new tsundere girl Marie. Though you may want to avoid the final picture down there, it contains some minor nightmare fuel.

In case you have forgotten, Persona 4: Golden also has a special premium edition version of the game which will come with a number of Persona 4 themed attachments for your Vita. Currently the title is listed for a release on November 20th, though this date may still change.