Who doesn’t like free things right? From the makers of Bad Apples and Shave Me!, Metaversal Studios’ Elemites has been released on the App Store and yes, it’s free! In this real-time scrolling strategy game (RTSS) for the iPhone, iPod Touch and iPad, users play as a wizard who has found a magic book giving him the power to summon elemental creatures known as Elemites. 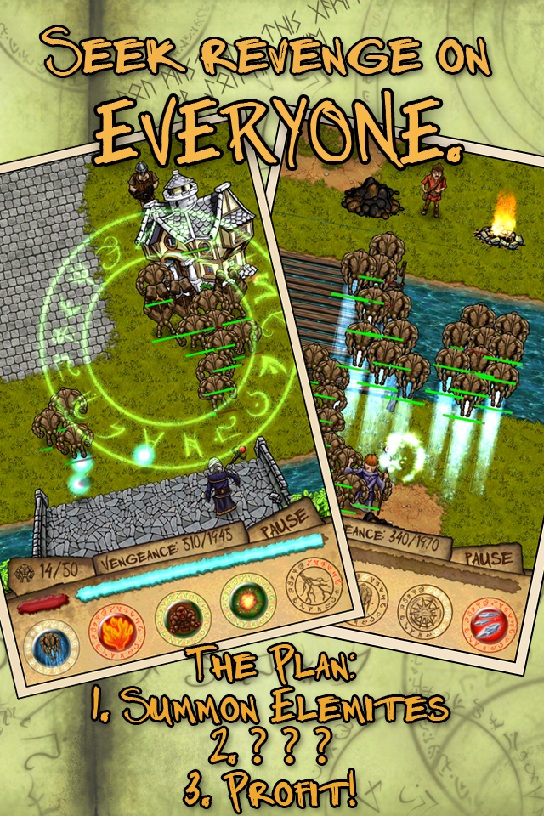 After having been chased out of his village by angry villagers when one of his spells didn’t turn out well (he is sadly a very incompetent wizard!), he now seeks vengeance! Taste the sweetness of his newly found goal by using powers such as flame throwing and summoning lightning bolts, and calling upon Elemites to destroy everything! The nobles, peasants, knights, priests – let your reign of terror show them who’s boss!