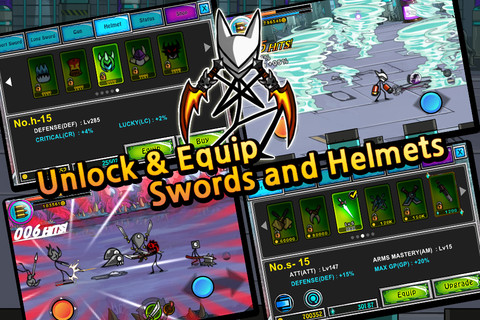 The guys from GAMEVIL are at it again, this time with a new release RPG title called Cartoon Wars Blade which is sure to delight both fans of the original title and all RPG lovers alike. Set 10 years after the history making Cartoon Wars, you take on the role of a warrior, not content with his routine life within the kingdom and thus leaving his home in search of adventure and new lands.

Each level is crammed full of enemies that must be felled in real time battles if the warrior is to survive the intense battles and adventure as well as remain in one piece. Some of the games many features include huge amounts of unlockable levels and enemies, stages and weapons, one directional controls and attacks as well as a wide and varied amount of character customisation all rounded off nicely with an upbeat and motivational soundtrack.