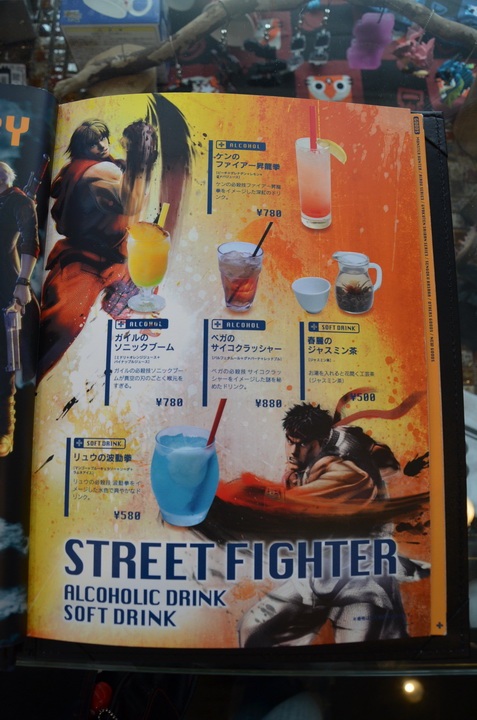 One of the best parts about Japan is their strong love of video games. They’re splashed across billboards, there’s a huge amount of retro game stores, and giant department stores with entire floors dedicated to gaming. It’s a gamer’s wet dream. But one of the coolest gaming things that we at Capsule Computers have come across so far is Capcom Bar.

Capcom Bar is a dining/drinking experience where all the drinks and food is themed, the waiters perform skits from games, and you can play some of Capcom’s games. There are two hour sessions, which you get tickets for (free tickets mind you, the tickets are just because of the limited seating and the popularity of the bar), and you order game-themed food and drinks with the waiters acting like characters from said games as they serve them to you. 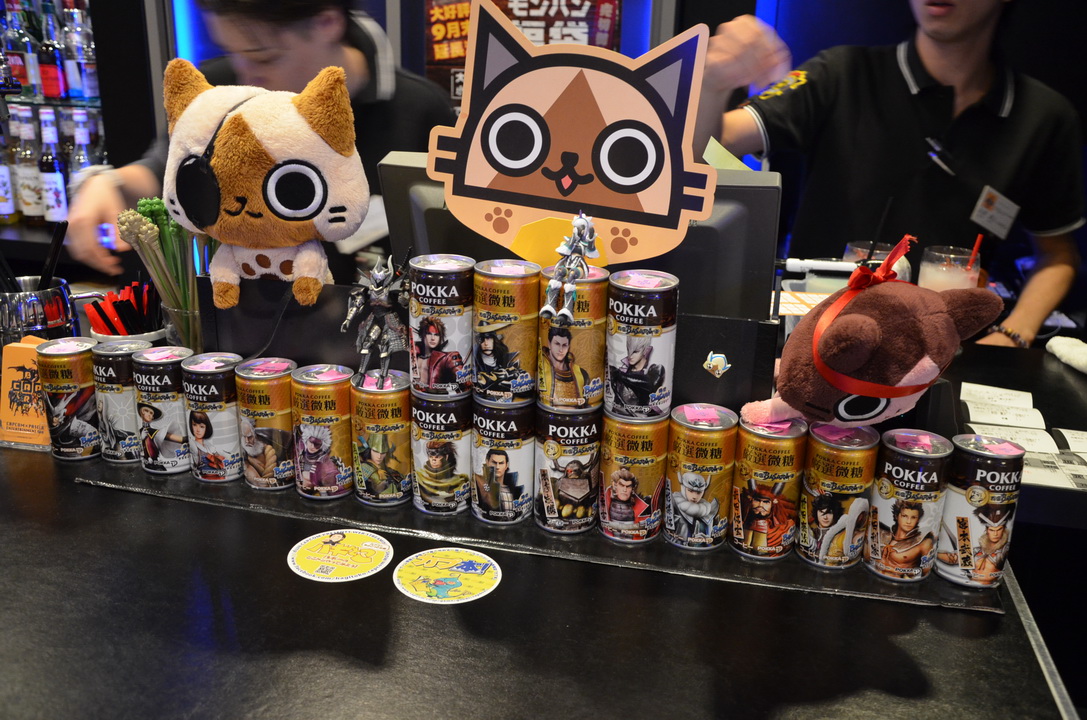 The oddest thing about Capcom Bar was that it, with the exception of Master Abbott and one other male, was totally full of females. That’s just one of the cultural differences you’ll find with Japan. Along with the fact that the waiters mostly talk in Japanese, and their enthusiasm is truly awesome.

The themed food and drinks were really awesome, and just looked plain cool. And they certainly didn’t hold back on the amount of brain-themed food for Resident Evil. There were flaming drinks, syringe drinks, ribs that were literally set on fire before us, and Phoenix Wright Ace Attorney food that launched the bar into a faux courtroom setting. It was basically like a ride at Disneyworld, that’s how into it the waiters and surroundings were. There were also some preview material and trailers up on the screens for upcoming games such as Resident Evil 6 and Devil May Cry: DmC. 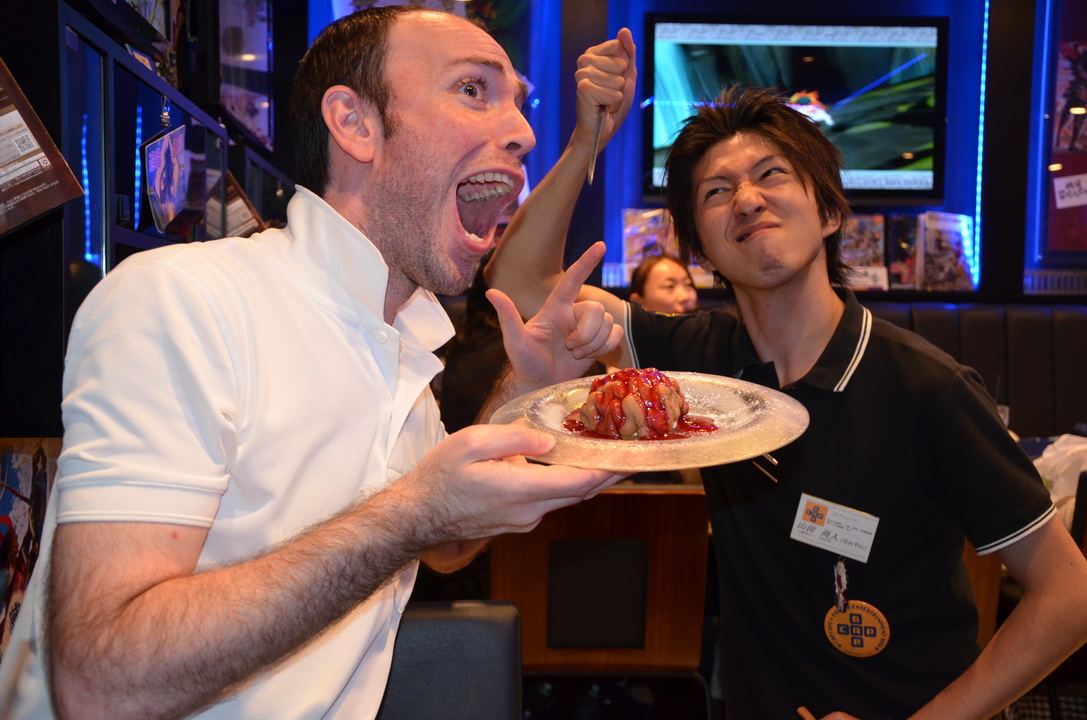 There was also a whole bunch of stuff you could buy relating to Capcom games, with the majority being Monster Hunter gear (Monster Hunter being one of the most popular Capcom game in Japan).

If you are a fan of Capcom games and find yourself in Japan at any point then Capcom Bar is definitely the place to go. Everything is quite reasonably priced, the service is fantastic, and the themed stuff is awesome. Not only that, but at the end you get a card that marks off what you’ve had and how many times you’ve come and the fifth time you come you get a Capcom token marking the occasion.

Check out the gallery of photos that we took at Capcom Bar below showing off some of the awesome drinks and food. Or check it out on our Facebook page HERE. And make sure to LIKE our Facebook page for the latest gaming news and reviews!