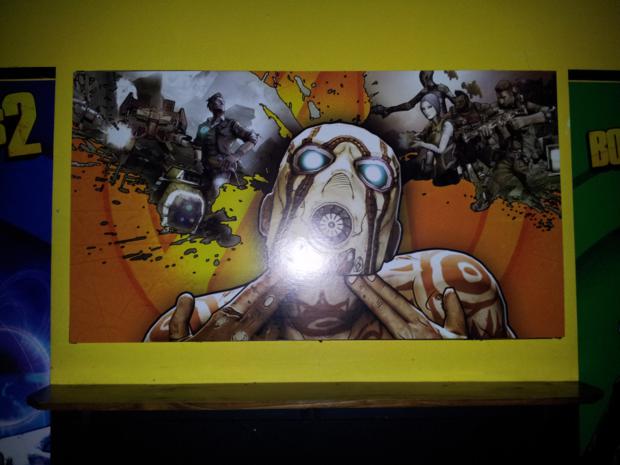 Last night us here at Capsule Computers were invited down to a club in Sydney to celebrate the launch of the just released Borderlands 2. The event was full of fun and entertainment as well as an opportunity to go hands on with the game just before its launch here in Australia.

The event itself was an incredibly well decorated affair, with wanted posters of the main characters up on display, various awesome looking posters of characters from both games in the series and more. What was even cooler was that they had people dressing up as some of the bad guys from the game doing poses for everyones amusement. Better than that though, were the Borderland models. They were dressed to impress and were armed with Nerf gattling guns. 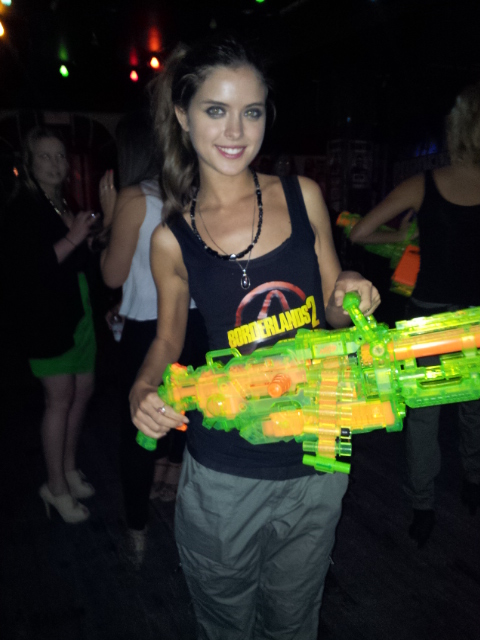 The game itself was set up on 5-6 different Xbox360 consoles and spread across the back wall of the room. What was really cool was that they were set up with co-operative multiplayer. This means that journalists and other forms of media were able to play together and experience the content more enjoyably than they would solo.

Speaking about the game, as you’d know, this is the sequel to the first Borderlands which appeared on the Xbox 360, Playstation 3 and PC devices. What’s interesting about this sequel is that whilst it’s still set on Pandora, it is the planet under a different kind of climate (from the portions I played). This gave the games already unique art-style an interesting feel to it, a way that separates it from the original whilst still feeling the same. For our full impressions of the game, be sure to check out our review when we get it up later this week.

What was quite interesting with this title was that the team have somehow been able to introduce even more weapons into the game in comparison to the first. So whilst you’ll have all of your familiar feeling stuff, you’ll also have plenty of new feeling toys to play with. This was quite cool. 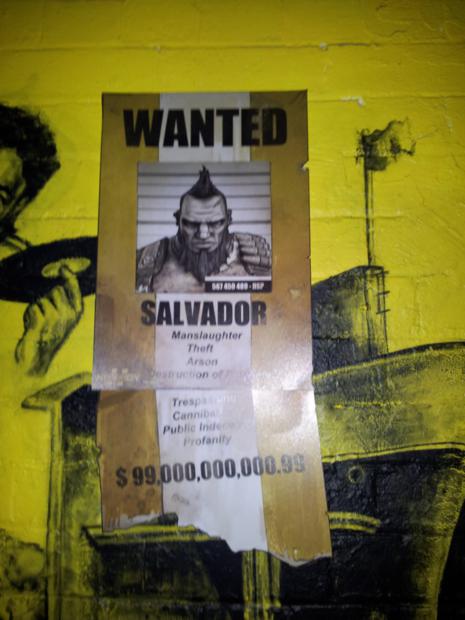 The only thing that I’m disappointed with in regards to this event was that there wasn’t a PC version of the game available. As someone who rarely plays shooters on a console, I found that using a controller was really unnatural and weird. This is only a personal preference as I noticed console gamers having a much easier time with the control scheme. And honestly speaking, once I got used to the controls, they weren’t too bad.

Overall the event was an amazing time and it was incredibly cool to go hands-on with the game just before it launched. Everyone had a tonne of fun and I think that everyone at home will have as much fun as I did with this game, if not more.

Be sure to check out our gallery of images below. Right click and open in a new tab for an easier browsing experience.