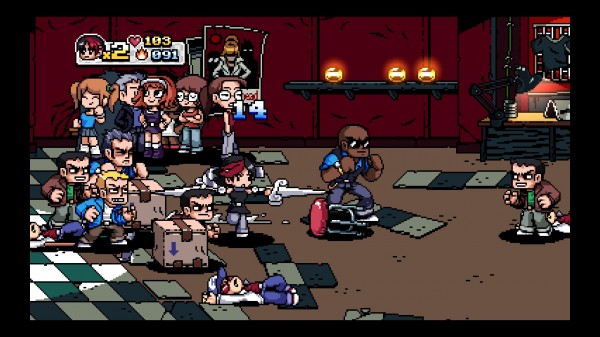 If you were looking forward to downloading the new Scott Pilgrim vs. the World online multiplayer DLC yesterday then you may have been a bit shocked to find that this DLC was inexplicably absent from the marketplace. Well today Ubisoft has made a statement to Joystiq stating that “The DLC for Scott Pilgrim will be releasing this fall,” an Ubisoft rep told us. “The PSN version will release during that same timeframe. We’ll have more information as we get closer to launch.”

Sort of strange that the company, after two years, decided to set a release date for some DLC of this game, then for no apparent reason delay it for at least a couple of extra months. Sure it probably is among Ubisoft’s lowest priorities but they should still attempt to stay on top of things.

The Music of Scott Pilgrim vs. The World: The Game – Anamanaguchi