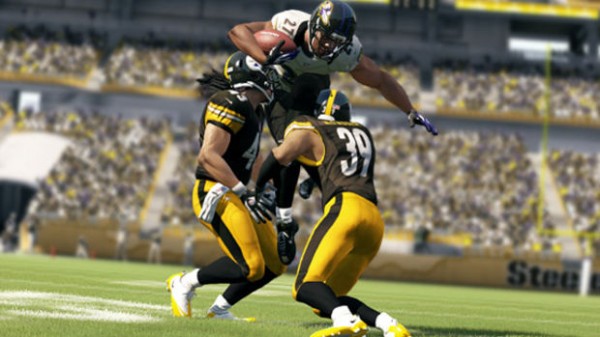 Video game retailers are going long for a pass, EA Sports is dropping back… and there is the throw! Retailers have caught the ball and made it to the end zone! Touchdown! In all seriousness, those who are eager to pick up Madden NFL 13 can now do so on the PlayStation 3 and Xbox 360 as the game has hit store shelves worldwide.

Featuring the brand new Infinity Engine, players will be able to experience brand new, realistic physics that they never were able to before, allowing impressive tackling scenes and more. A number of other improvements have been made to the title, such as total control passing, ball hawk and read and react defensive AI. What are you waiting for? Those touchdowns aren’t going to score themselves now are they? 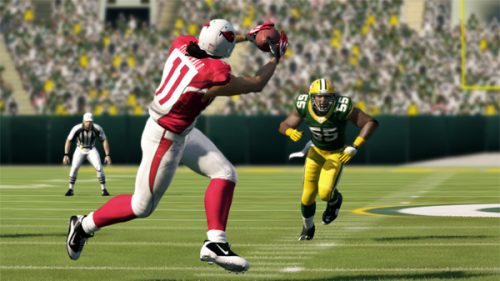