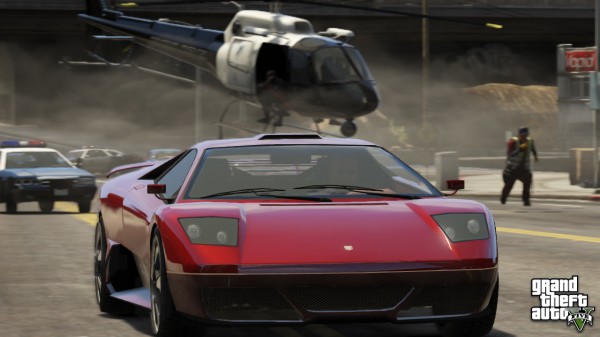 In what is their third screenshot release this week, Rockstar Games has revealed a small handful of Grand Theft Auto V screenshots to the public. Like the last few releases, these images don’t really reveal too much about the game’s storyline or even who the world you will be playing as, but simply what you will be doing when the game does get released to the public.

This time around the screenshots were titled “Business” so these are probably more activities the player can take part in during GTAV, such as flying a propeller plane, shooting at helicopters, running from the cops or even jumping onto a passing truck. Check ’em out for yourself below.