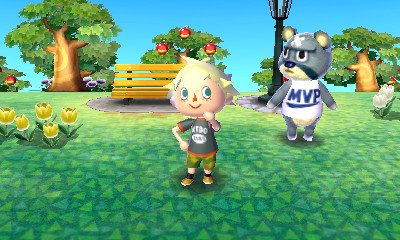 During last night’s Nintendo Direct the company revealed that Animal Crossing: Tobidase Dōbutsu no Mori, better known as Animal Crossing 3DS (or Jump Out) will be released in Japan on November 8th. They also demonstrated some of the “neat” features in the game such as the enhanced customization features and more.

As for a Western release, currently the title is meant to be released in Europe at some point next year and although North America has not seen an actual localization announcement for their region, it will likely be released alongside the European release as it is very unlikely the company would not release the game worldwide.