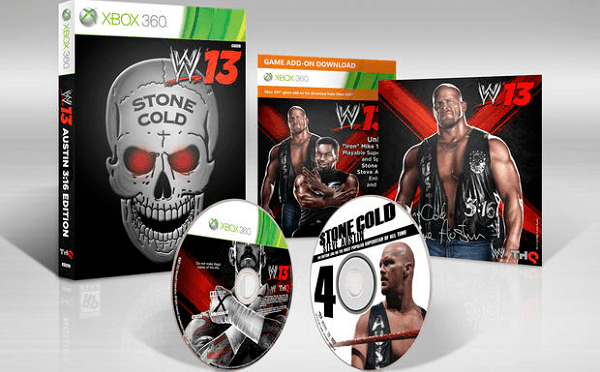 THQ has announced that WWE 13 will be receiving a collector’s edition based on the rattlesnake himself, Stone Cold Steve Austin.

The Collectors Edition will include the following:

This Collector’s edition looks like a must have for fans of Steve Austin. The WWE 13 Austin 3:16 Edition will be sold for $80, and is set to release for North America, as well as on November 1st in Australia November 2nd in New Zealand.

Get Some Serious Attitude with your Xbox 360 Avatars