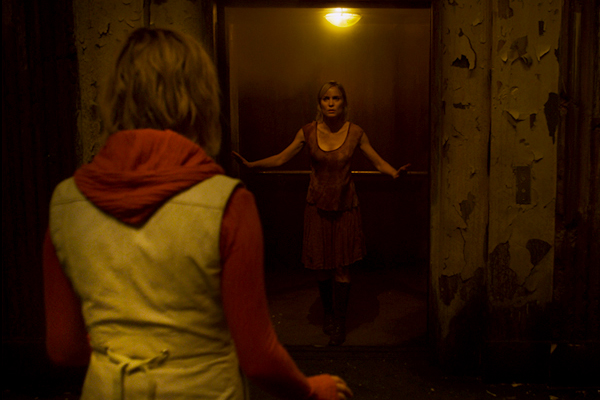 After the 2006 romp in Silent Hill with Christophe Gans, some fans were left speculating what is going to happen afterwards?  In the video games, after the first game wrapped up and we find out what happens with Harry Mason, we are treated to an acclaimed journey through the mind of James Sunderland before returning to the cult aspect of Silent Hill with Heather Morris. Many were left wondering if the movie franchise would do the same.

Prior to Silent Hill, Adelaide Clemens was only primarily seen on the small screen, with her making her feature film debut in X-men Origins: Wolverine. Kit Harington, known for his portrayal of the Stark bastard Jon Snow in HBO’s Game of Thrones, will be taking on the mantle of Vincent – an ambiguous man who helps Heather partially through her journey. Sean Bean, Radha Mitchell, and Deborah Kara Unger all reprise their roles as Christopher Da Silva, Rose Da Silva, and Dahlia Gillespie respectively.

Carrie Anne Moss will be joining the cast as the mysterious Claudia Wolf, with Martin Donovan as Douglas Cartland, and Malcom Mcdowell rounding out the cast as Leonard Wolf.

The footage is a scene revealed during Comic-Con, with the return of the iconic Nurses.

Silent Hill: Revelations 3D is due for an October 26, 2012 release, just before Halloween.